Malaysia is home to various cultures and religions with unique places of worship that attract thousands of tourists and followers each year. One such site – Kek Lok Si Temple – lies in the sprawling hills of Air Itam, Penang.

Just this week, a recent fire incident at the temple got many people worried because of the importance the temple holds for Buddhists and the Chinese community in Malaysia. Here are six facts you should know about Kek Lok Si Temple, a 130-year-old heritage site.

1. It is said to be the largest Buddhist temple in Malaysia 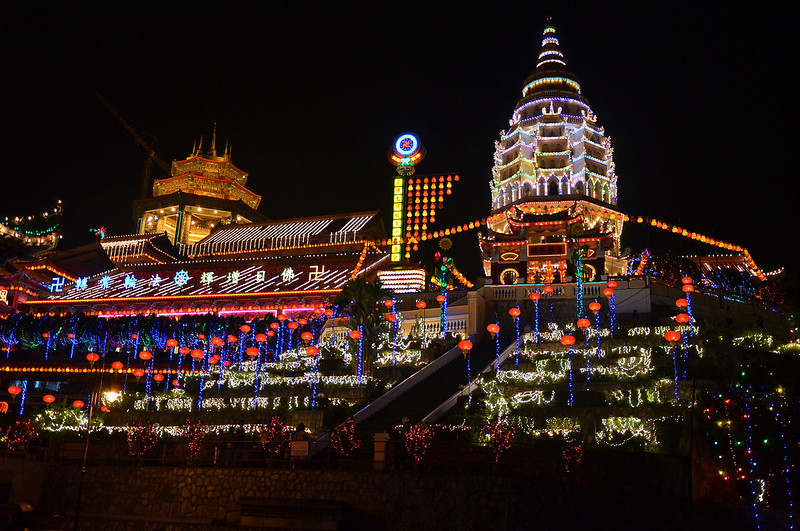 Kek Lok Si Temple is one of the largest and oldest Buddhist temples in Southeast Asia. The 10-acre site consists of monasteries, prayer halls, temples, magnificent statues, beautiful gardens and a fish pond making it a complete must-visit tourist spot in Penang.

It’s built by the Venerable Beow Lean, an immigrant Chinese Buddhist who came to Penang seeking donations for the renovation of a monastery in China. In 1890, Beow was appointed as the new resident priest of the Kuan Yin Teng Temple in Pitt Street. He then decided to build a monastery and temple up in the hills of Air Itam – where Beow found to have the right fortune or feng shui for a spiritual site – as a retreat centre for Buddhists. 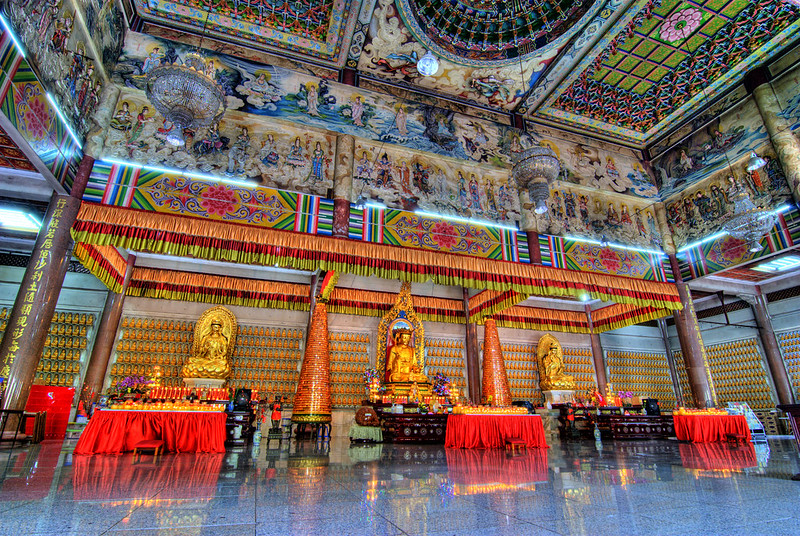 It is not common to see a single house of worship where different denominations of religions can be practised in the same place. But Kek Lok Si is certainly a rule breaker of this concept. The temple is among the very few places where both Mahayana and Theravada Buddhism are practised along with a harmonious blend of Chinese culture.

3. It has a seven-storey pagoda with 10,000 alabaster and bronze statues of Buddha There are many attractions within the Kek Lok Si Temple, but the most significant is definitely the pagoda or temple tower.

The seven-storey structure, also known as Pagoda of Rama VI or Pagoda of Ten Thousand Buddhas, has 10,000 alabaster and bronze statues of Buddha. The pagoda is called the Pagoda of Rama VI because King Rama VI from Thailand is said to have laid the foundation for it. In honour of his contributions, temple authorities have named the main tower as such. 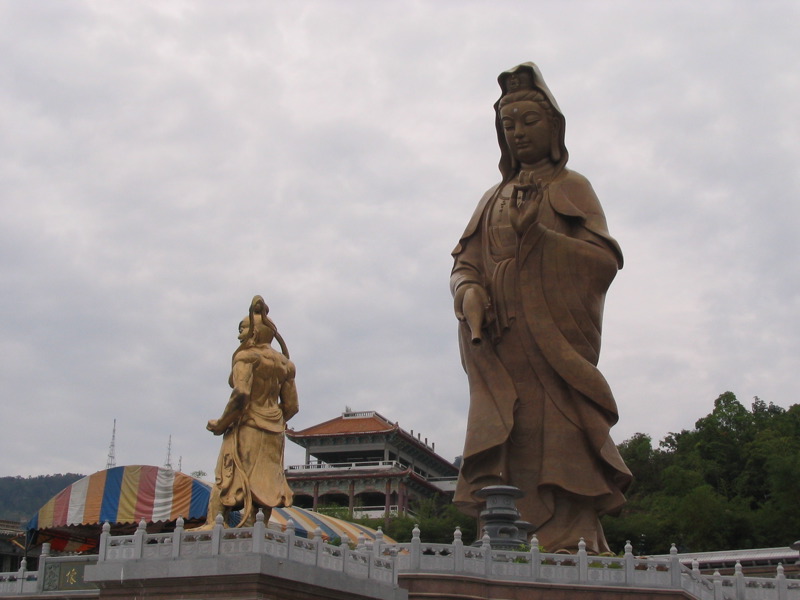 Another main attraction of the Kek Lok Si Temple is the 36.57m-tall bronze statue of Guanyin or Kuan Yin, the Goddess of Mercy as shown in the picture above. Guanyin is a Buddhist bodhisattva or saint who represents compassion and mercy, the two important qualities mankind should possess. She is commonly found in many Buddhist temples in the country. 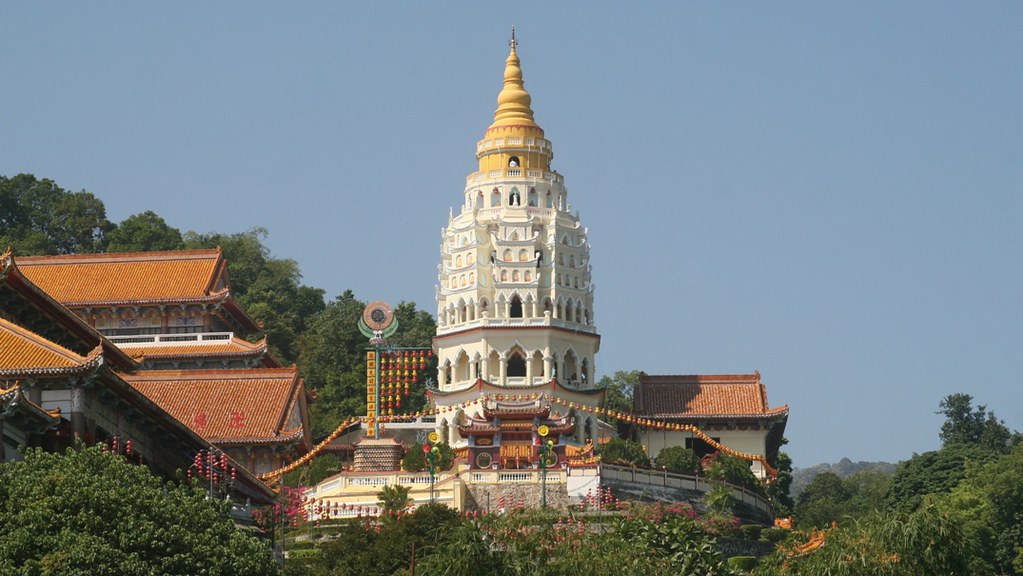 The architectural design of Kek Lok Si temple draws and combines inspiration from different countries. This is particularly visible in the temple tower or Pagoda of Rama VI. The octagonal base of the seven-storey structure is built in a Chinese style whereas the middle tiers have Thai design influence.

Meanwhile, the crown or the top tier of the pagoda in yellow has a Burmese design. The different architectural elements of Kek Lok Si temple also symbolise the amalgamation of Mahayana and Theravada Buddhism, along with Chinese culture in Malaysia. 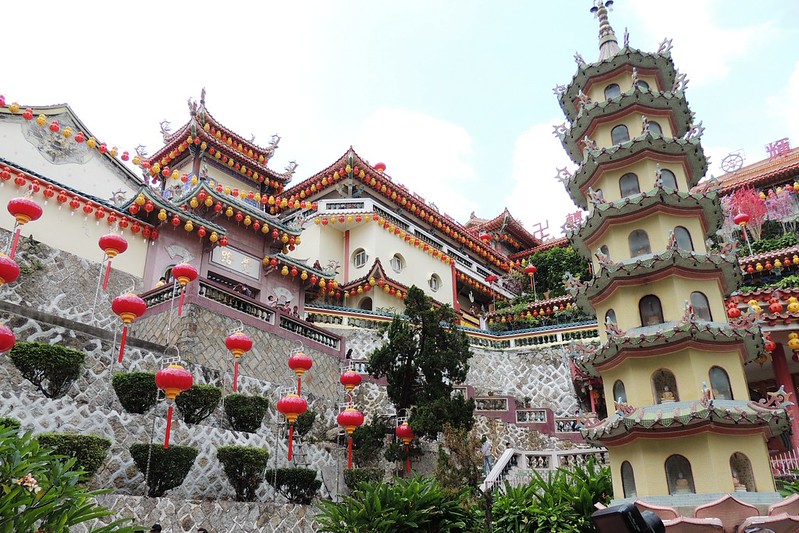 5. An important pilgrimage site for Buddhists 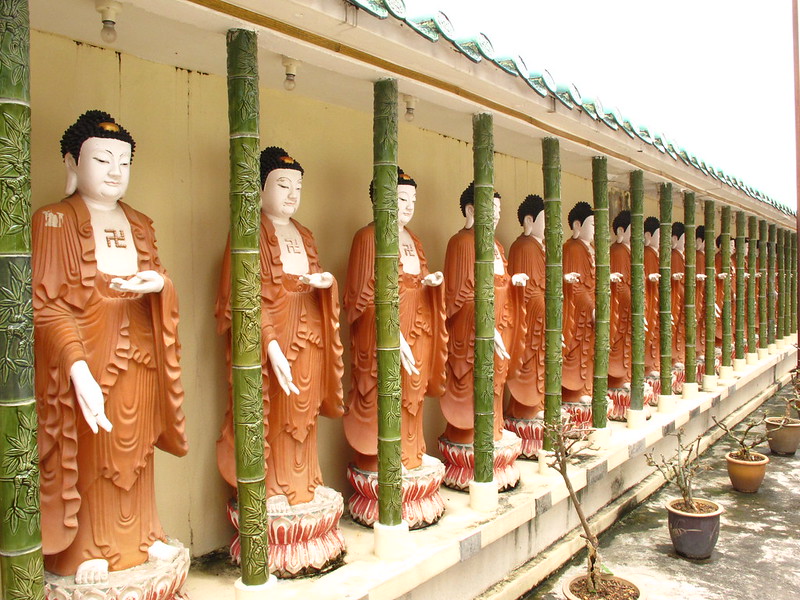 There are many Buddhist temples in Malaysia but Kek Lok Si is arguably one of the most famous of its kind as it attracts thousands of people annually from all over the world. The temple committee organises religious festivals throughout the year, and apart from being an important pilgrimage site for Buddhists, the temple is also a renowned tourist spot.

Chinese New Year is also celebrated here grandly for 30 days with beautiful lighting and decoration that offer a majestic view, especially at night.

6. Currently closed to the public after a fire damaged one of its structures 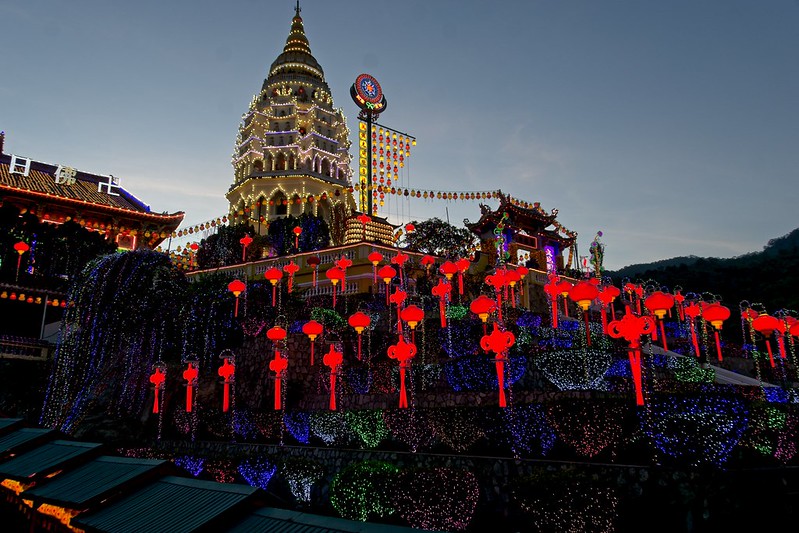 On 12th October 2021, local media reported that the Kek Lok Si temple was ravaged by an early morning fire causing nearly 70% damage to one of its structures. Temple trustees who spoke to the press clarified that the area affected by the fire was an area big enough to fit three average-sized adults. They also suspect that rats could have been the reason behind the fire. 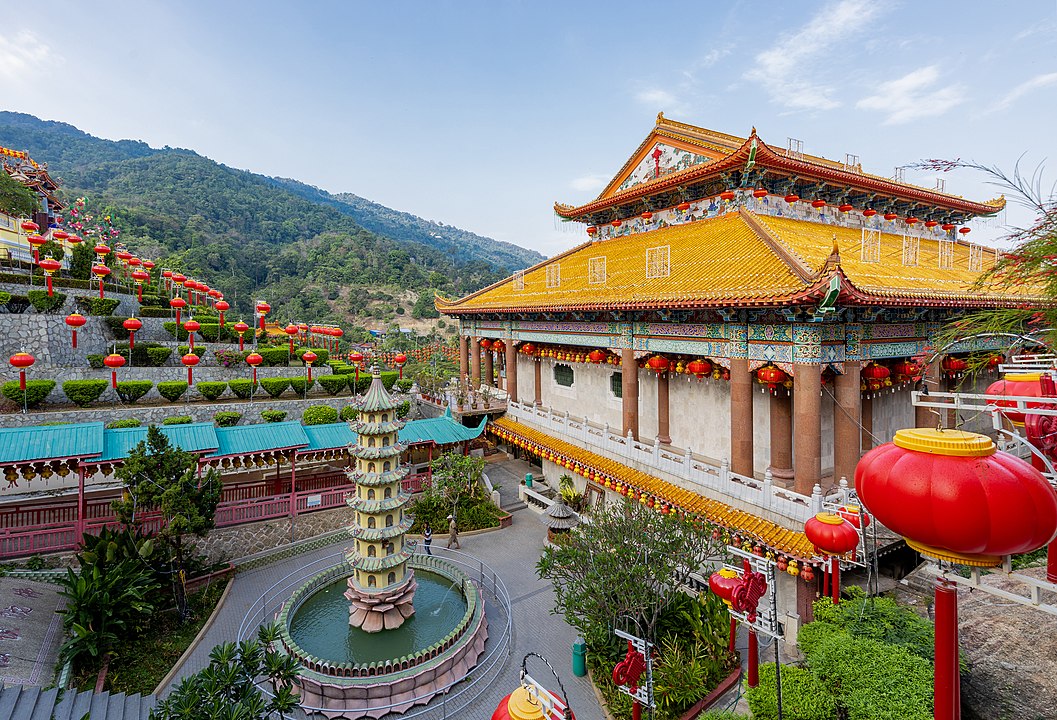 Currently, the temple is closed to visitors due to ongoing investigations by authorities after the fire incident.

For over a century, Kek Lok Si Temple has been an important cultural beacon that represents diversity in Malaysia. We hope that heritage sites like this will continue to be preserved for many more years to come so that the younger generations will get the chance to witness it in all its glory. 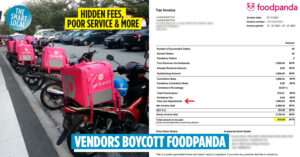 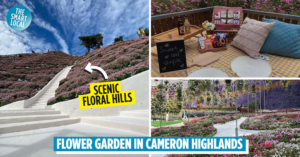