Cats often take the Internet by storm with their adorable, typically mischievous, ways. During the pandemic, their antics often go viral online, offering us much-needed joy in an otherwise sombre period too.

The latest cat that’s gone viral online is this Twitter user’s cat that turned into an optical illusion of an impossibly long “shadow” that confused the Internet. Many were amused when they realised that the shadow was just his cat, Charcoal.

Charcoal cat up to no good becomes a shadow

Along with it was a caption that said, “Charcoal [is] such a busy body, wants to disturb Kaiju.” 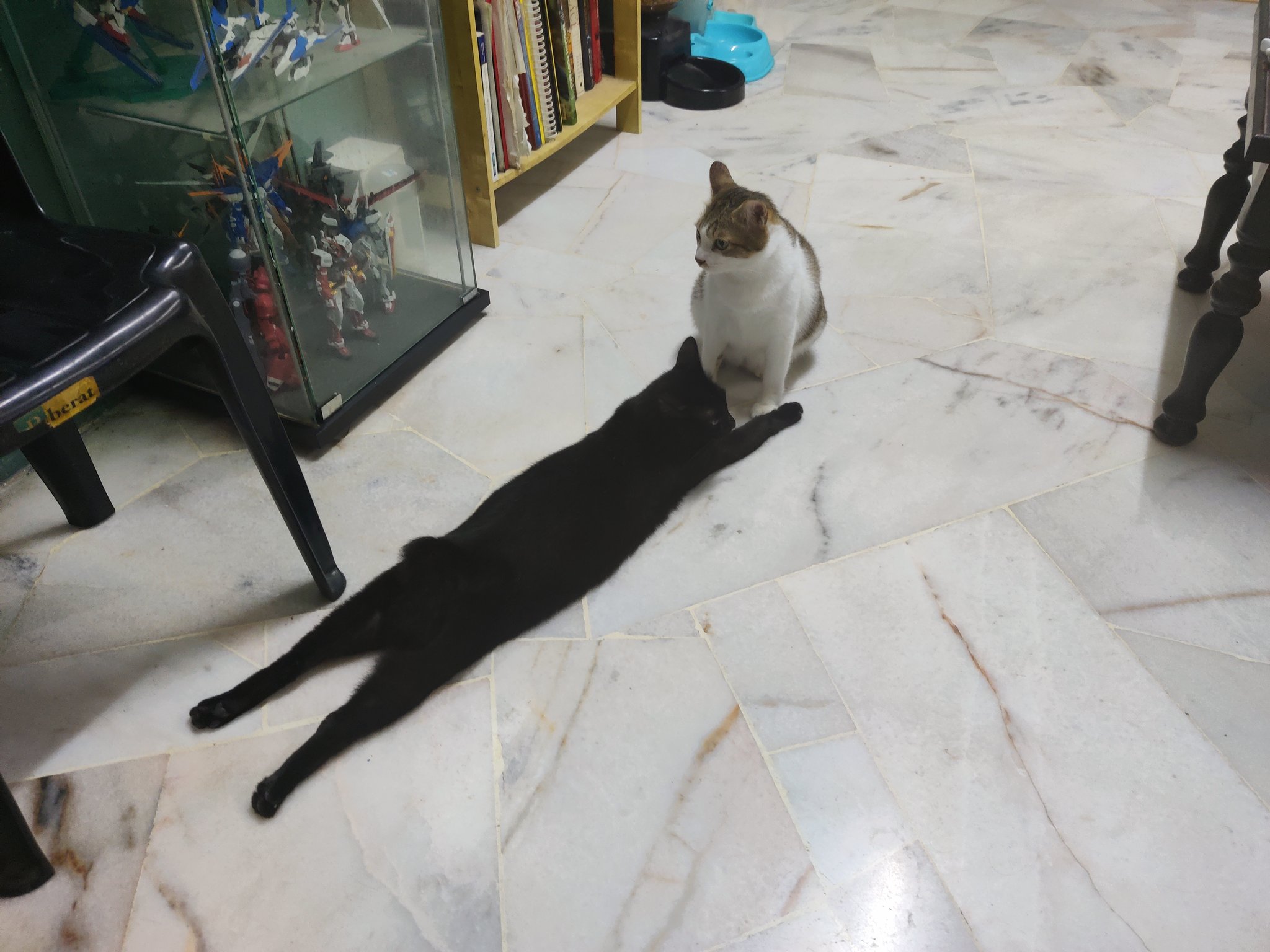 At first glance, the photo appears normal – just a cat casually sitting on the floor. Then your brain registers the impossibly long “shadow” and you do a double take. Then you realise that the “shadow” is actually another cat, Charcoal, that’s stretched out at the feet of the first cat, Kaiju, kacau-ing it.

In a follow-up tweet, @ren_kaos shared another photo of Charcoal alone to assure netizens that it was really not a shadow.

The OP cheekily captioned it, “Poor thing being just a shadow.” 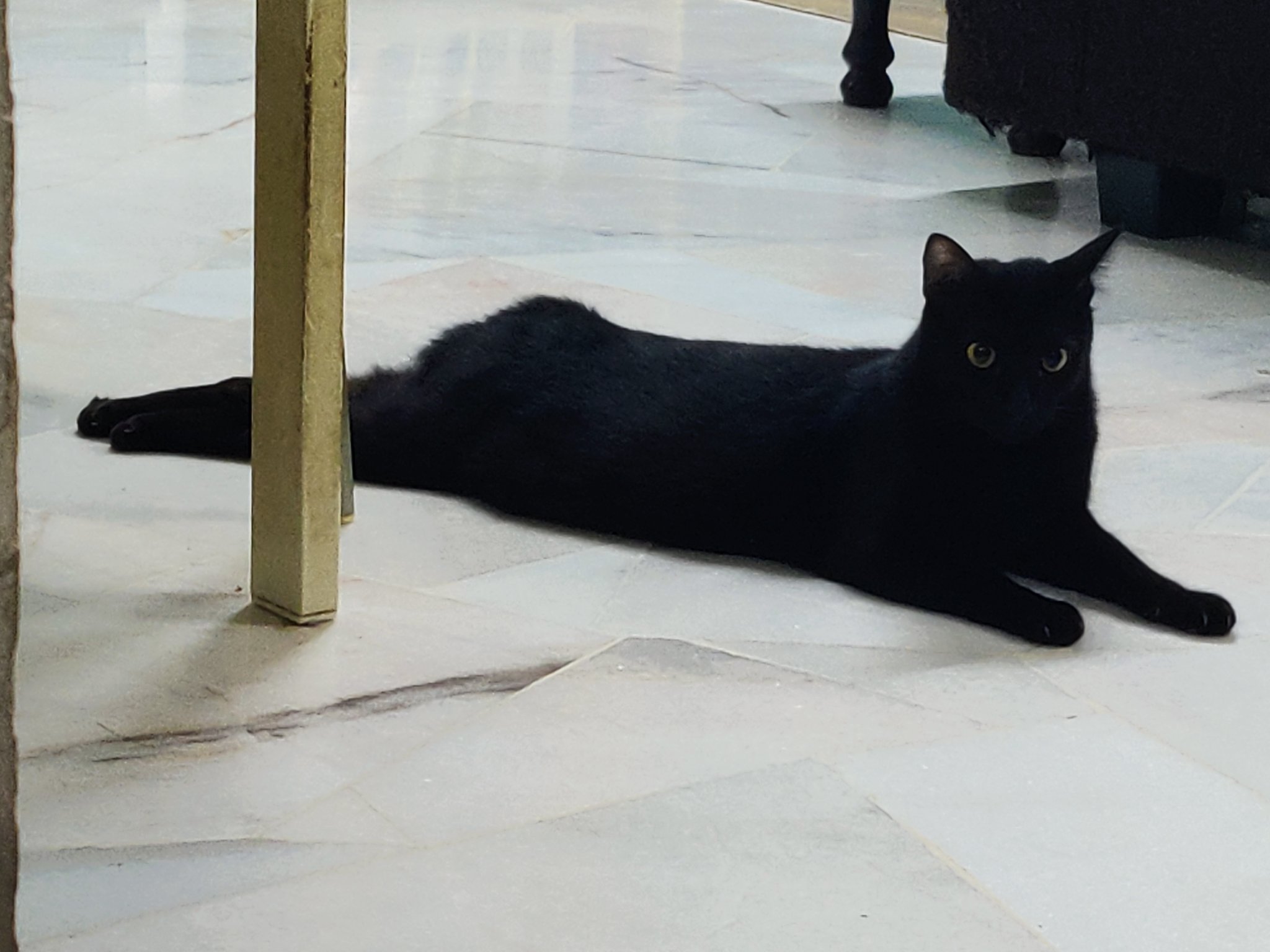 Cat confuses the internet, and gets turned into an artwork

The post, which garnered over 10K likes, had a flurry of replies from netizens coming out to share how they were convinced that Charcoal was just a shadow.

Twitter user @annnaemah, for one, tweeted, “I looked at this photo for a long time. Sitting, spinning and zooming in and out of the photo. Turns out it’s a black cat. I thought it was a shadow.”

Another netizen, @schxnht, echoed the thoughts of many who came to realise that the cat wasn’t a shadow, saying, “Once you see it, you can’t unsee it.”

With how popular the cat became online, a talented local artist, Sue Anna Joe, turned the photo into an impressive artwork that perfectly captured the cats and Charcoal’s elongated form. 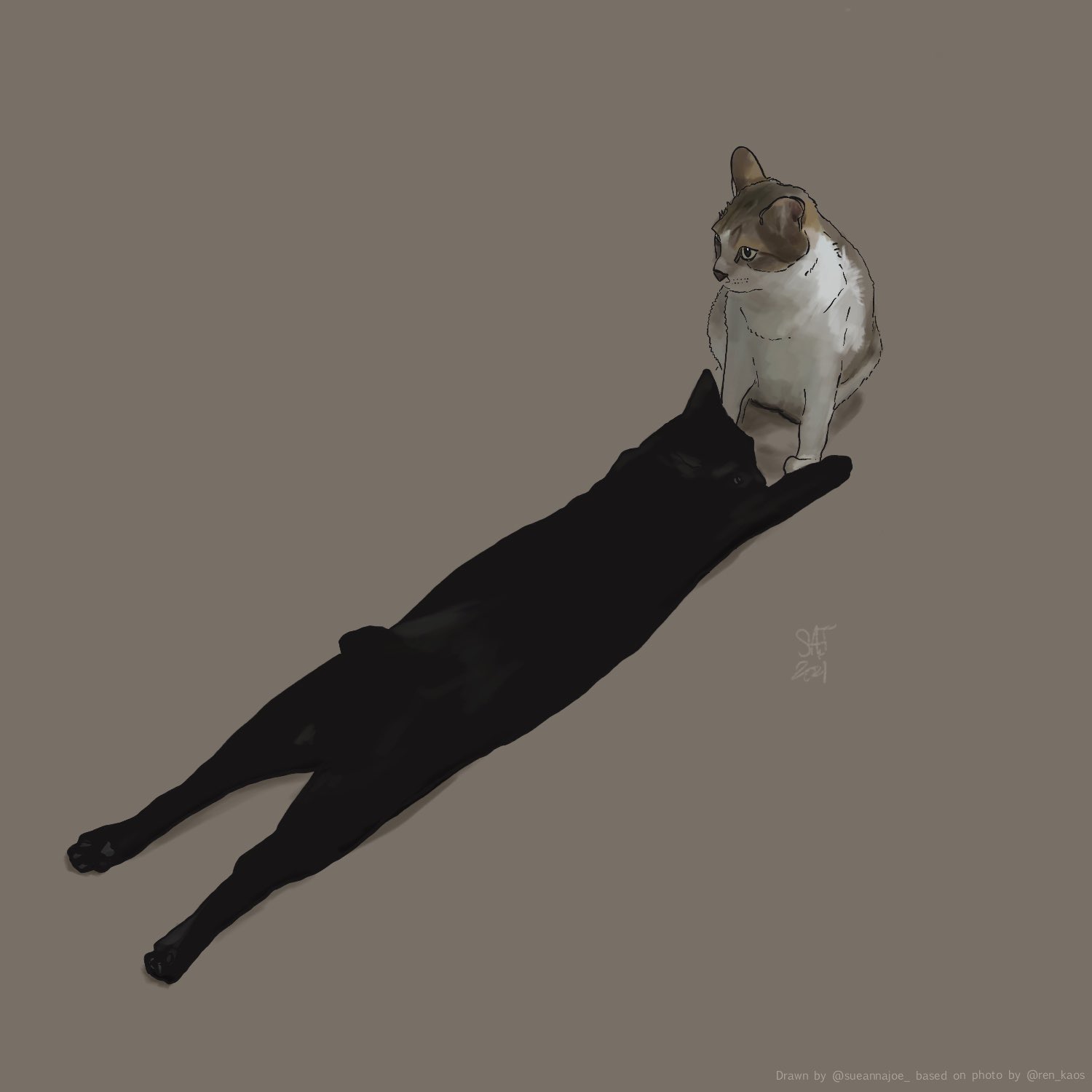 Cat fools and amuses the internet with its shadow-like appearance

Felines come in all shapes and sizes, but one thing’s for sure: They are all adorable and tend to get into mischief whenever they can. Charcoal, the black cat that had the Internet confused on its existence in the past few days, is no different and is helping to usher in some lighthearted laughs and smiles at this time. 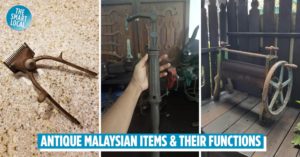 30 Antique Malaysian Items You’ve Likely Seen At Your Grandparents’ But Are Not Sure What They're Used For
Single Father & Kids Get COVID-19, Photo Of Kids Holding Hands To Board Ambulance Have... 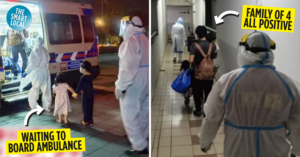