It’s not easy for the elderly to carry out tasks that may seem simple to the rest of us, such as crossing a road. Thankfully, there are always friendly neighbourhood helpers around to assist.

Recently in Kelantan, an elderly woman was filmed receiving help from perhaps the friendliest neighbour one could think of – none other than Spider-Man himself. Or rather, ‘Spider-Mans’.

Your friendly neighbourhood ‘Spider-Mans’ help out

On 8th May 2022, TikTok user @azharpenjualjalanan shared a now-viral video on his account of the heartwarming, and slightly comical, moment which took place in Pasir Puteh, Kelantan.

Not one, but two, Spider-Mans were filmed assisting a frail, hunched-over elderly woman. She was attempting to cross a busy road with her bicycle, while cars whizzed in both directions in front of her.

The Spider-Mans waited till the coast was clear before guiding the woman across to the other side of the road. However, with cars quickly approaching them, one of the Spider-Mans pulled off his best spidey moves – gesturing wildly, with increased gusto, to alert motorists of the situation they were in.

The video ends with the elderly woman safely completing her short journey, while avoiding traffic.

Not the first time that they’ve helped the woman

This is not the first time the duo has interacted with the woman in the video.

Another video uploaded to their TikTok profile on Friday, 6th May, captured one Spider-Man excitedly running across the road to give the same elderly woman a drink from their stall. An earlier video in August 2021 also showed the unsung heroes helping the woman traverse through the traffic. In an interview with Malay Mail, one of the Spider-Mans, Yaakub Mohammad, shared that the woman would often call on them to accompany her across the road. Even though they are well known in the area for selling cold drinks and tom yum soup in Spider-Man suits, the duo don’t mind taking time out of their day to help the woman out as they want to help those in need.

The latest video shared on @azharpenjualjalanan’s TikTok account of the Spider-Mans helping out the woman has received over 3,000,000 views at the time of writing.

Many netizens have been praising the duo for their helpful act, with some even calling them “real superheroes”. Others reacted in humour towards the local Spider-Mans, applauding them for utilising the “power of the hand” – much like a true Malaysian.

If you spent enough time on the internet, you’ve likely come across that Spider-Man mirror meme – we can’t help but be reminded of it as we’re seeing double of the arachnid-inspired superhero in Malaysia.

All jokes aside, we applaud these friendly neighbourhood helpers for assisting the elderly woman, and wish their roadside business all the best. 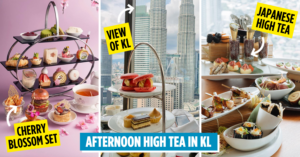 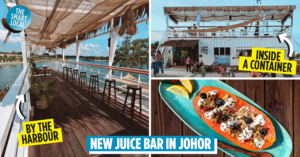