A little over a year ago, many of us were not aware of what tower running was before a Malaysian by the name of Soh Wai Ching rose to fame. He successfully challenged the Guinness World Record for the Greatest Vertical Height Stair Climbing in One Hour at the Kuala Lumpur city centre.

Although his world record was then broken by Japanese tower runner Ryoji Watanabe on the same day, the Malaysian athlete is determined to become the top tower runner in the world by undertaking bigger challenges in various megastructures around the world.

Here are nine quick facts about Malaysian tower runner Soh Wai Ching that you should know. Every great athlete has a humble beginning, and for Soh Wai Ching it started in 2017 when a friend challenged him to participate in a tower running competition.

Hailing from Selayang, Selangor, Soh used to be a chess player who represented his school in competitions before taking up running as a new sport. In 2017, he beat his friend and was named the fastest Malaysian participant at the KL Tower International Towerthon Challenge.

He then used the prize money from the competition to explore tower running further and participate in international events. Besides, it’s also worth noting that the 27-year-old athlete has a sports science degree from Universiti Malaya.

2. He is the top tower runner in Asia after having participated in over 50 races worldwide 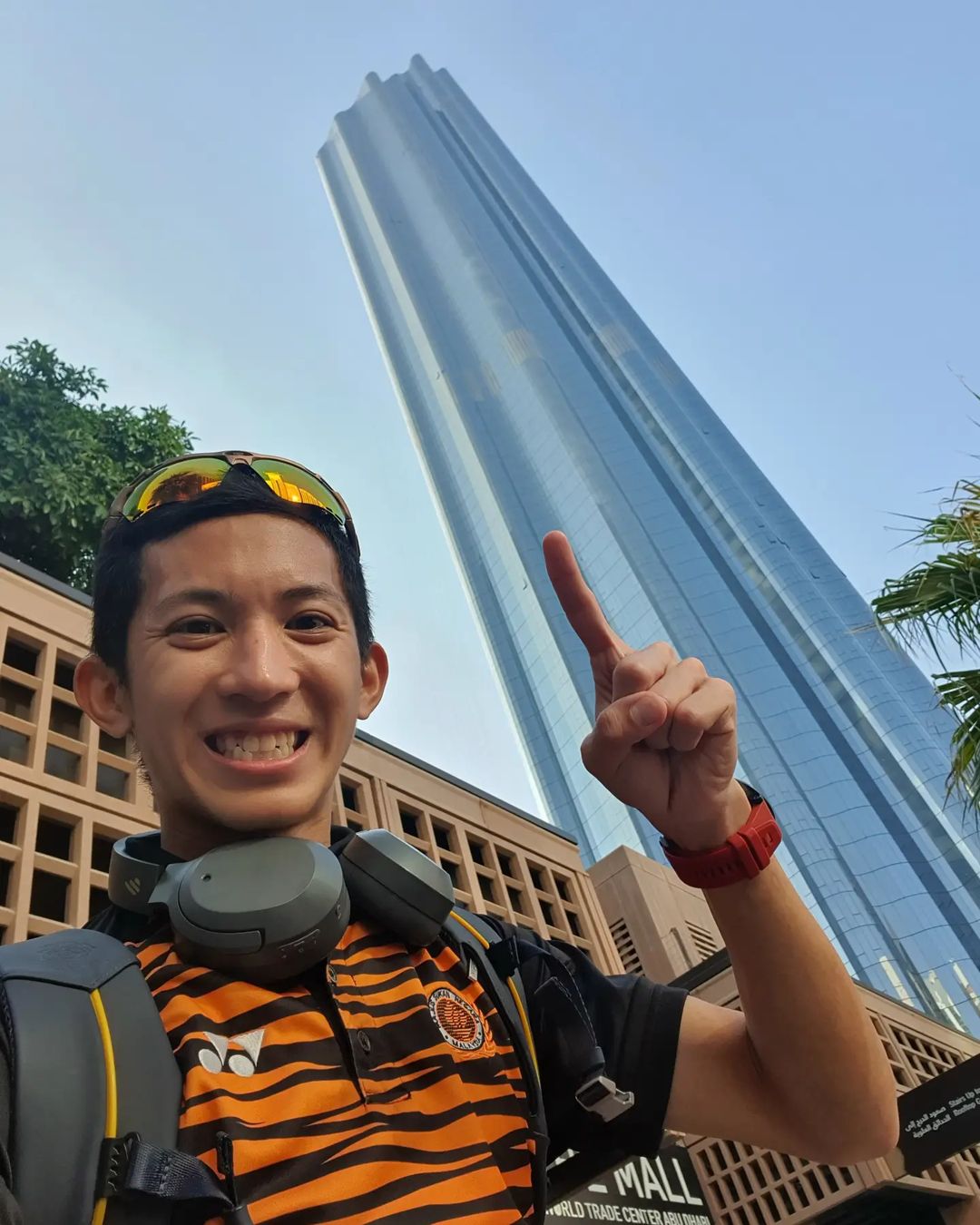 Within just a few years into the sport, Soh developed quickly into a global icon as he started taking part in different competitions and tournaments. He is now the top tower runner in Asia after having participated in over 50 tower running races in more than 40 buildings around the world.

Some of the famous destinations that he has explored include the Willis Tower in Chicago, the Eiffel Tower in Paris, the Cologne Tower in Germany, the Ostankino Tower in Moscow, and the famous Empire State Building in New York City.

His hard work and dedication to the sport have paid off well so far, as he was ranked the second best in the world in 2020 with an aggregate score of 954.0. That puts him just 10 points behind the defending champion Piotr Lobodzinski of Poland who currently ranks first.

3. Soh Wai Ching is the founder of the Malaysian Towerrunning Association 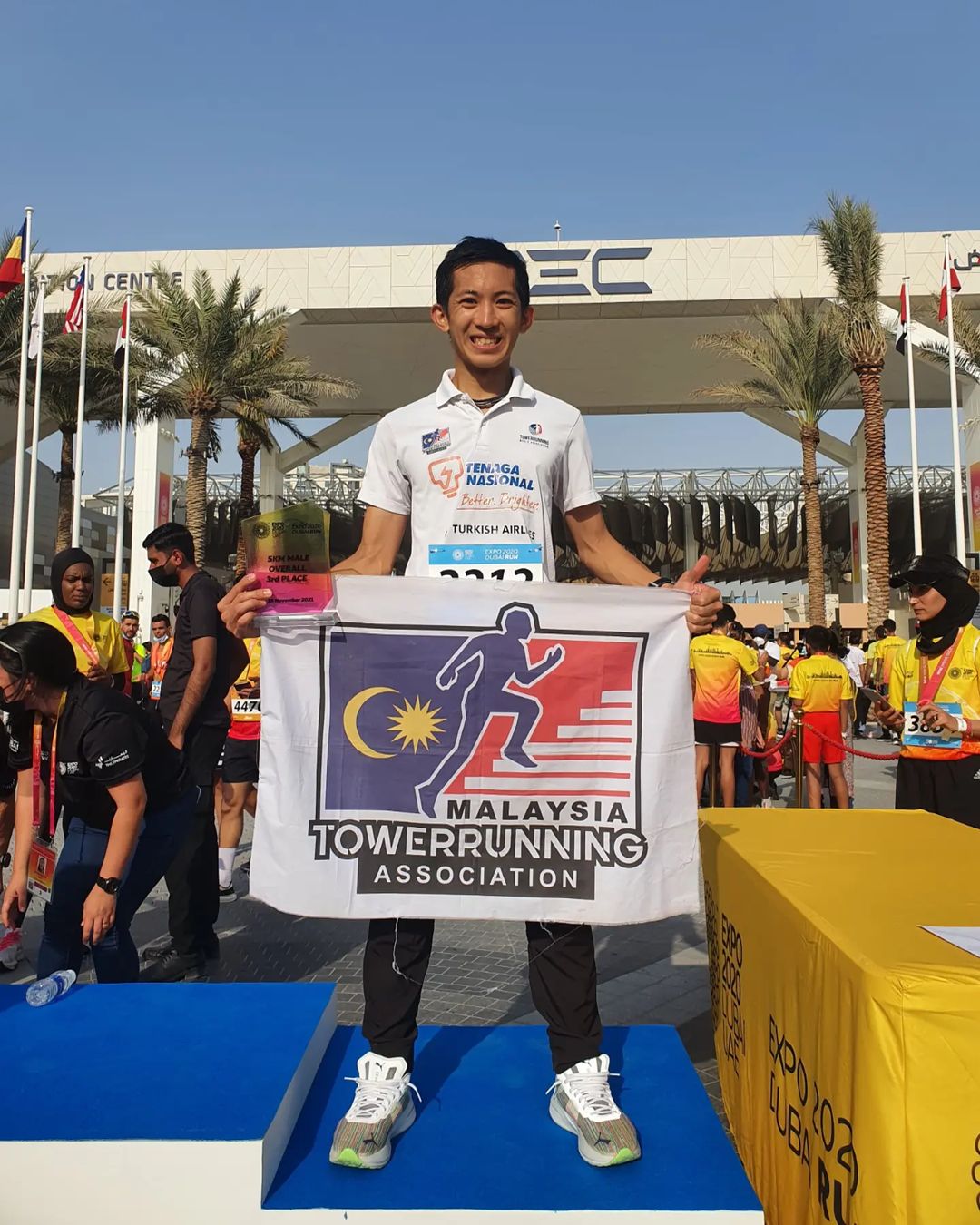 Unlike marathons and other athletic sports, tower running is relatively new to the Malaysian sports scene. But after rising to fame in 2017, Soh founded the Malaysia Towerrunning Association or MTA on 1st June 2019 along with a group of tower runners in order to promote the sport in the country.

In just about two months after its formation, the MTA received the official approval of the Commissioner of Sports Malaysia under the Sports Development Act 1997 and became a registered sports body on 23rd August 2019.

Soh once told the local press that he sees a bright future for Malaysia in tower running as our cities are filled with a good number of skyscrapers. He hopes that when Malaysia hosts the SEA Games in the future, tower running will be included as an event.

4. He set the Guinness World Record for tower running in 2020 Soh’s biggest breakthrough moment in tower running was the Guinness World Record that he set for the Greatest Vertical Height Stair Climbing in One Hour (Male). He did this in November 2020 covering a total distance of 1.295km at the Four Seasons Hotel in Kuala Lumpur.

The previous world record in the same category was held by David Robles Tapia of Spain, who conquered a distance of 1.227km in an hour.

However, Soh’s world record did not last as long, as it was later broken by Japanese tower runner Ryoji Watanabe who scaled the Tokyo Skytree in Sumida with a distance of 1.609km. 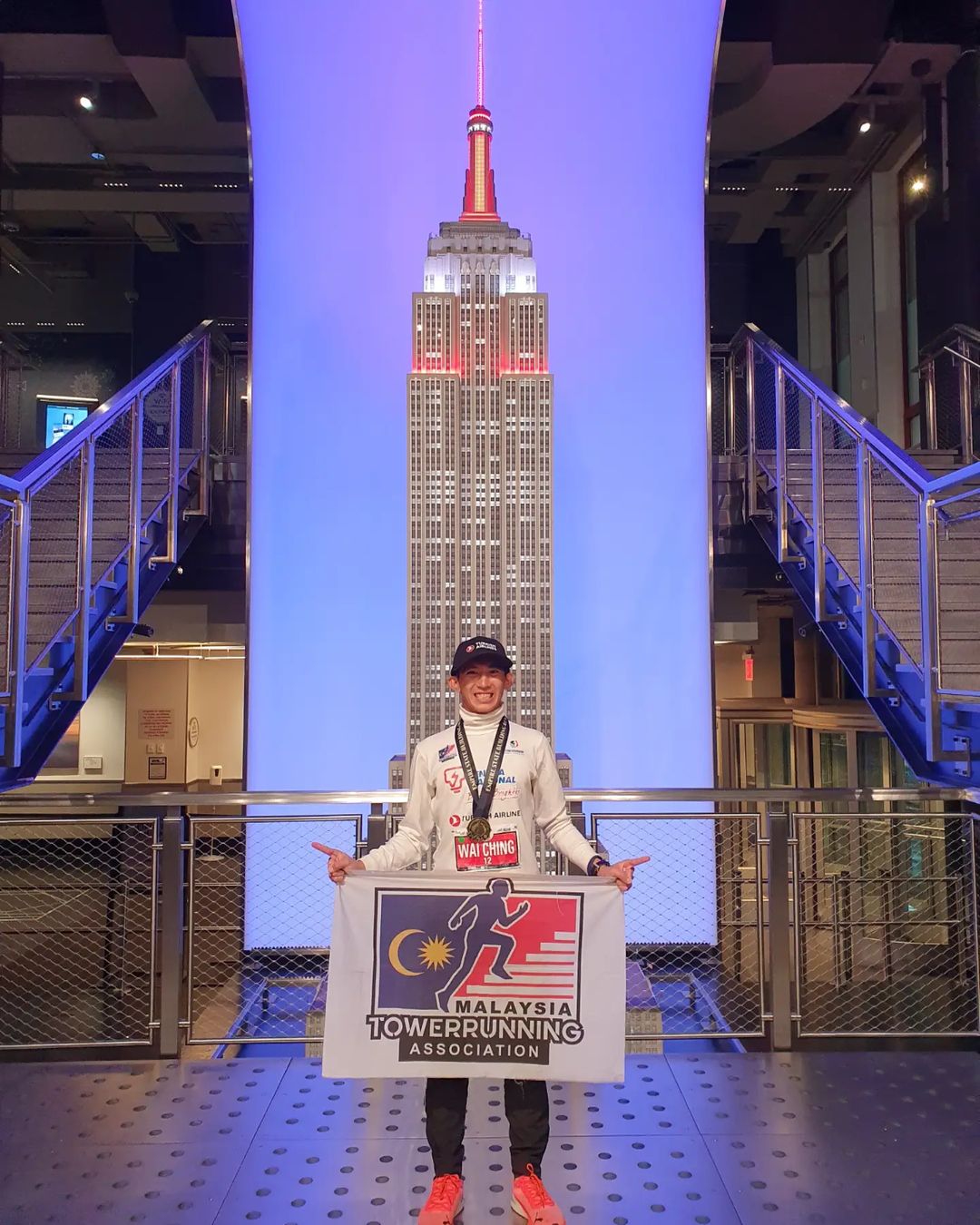 After his breakthrough Guinness World Record in tower running, Soh had another remarkable achievement in his career when he conquered the Empire State Building Run-Up on 28th October 2021.

The Empire State Building in New York City is said to be a highly popular destination for tower running, and Soh won the race after scaling the 86-storey skyscraper with 1,576 steps in 10 minutes and 46 seconds.

This also made him the first Asian to win the race. Despite the prestigious win, Soh mentioned that he wasn’t satisfied with the result as the finishing time was not his personal best. He was aiming to complete the race in just 10 minutes instead.

6. He has won multiple tower running races since 2017 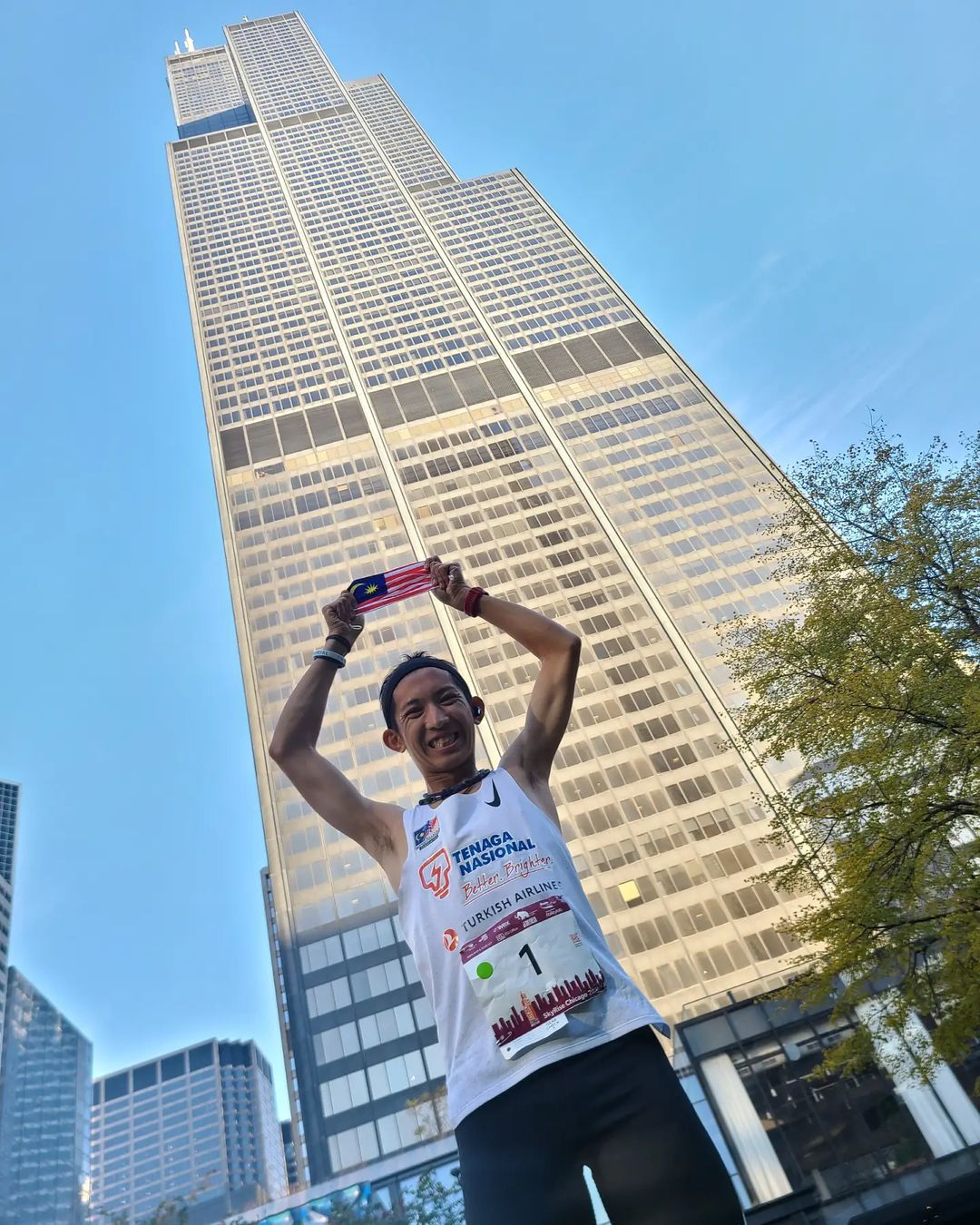 In August 2021, he won the German Towerrunning Championship at the Cologne Tower, scaling 39 floors, 714 steps, 142m in just three minutes and 24 seconds and a mere one second behind the course record.

In November 2021, Soh set a new course record for tower running at the Willis Tower in Chicago, which was once the tallest building in the world, by one second with 12 minutes 57 seconds.

7. Soh trains hard by running up 400 floors in a single session 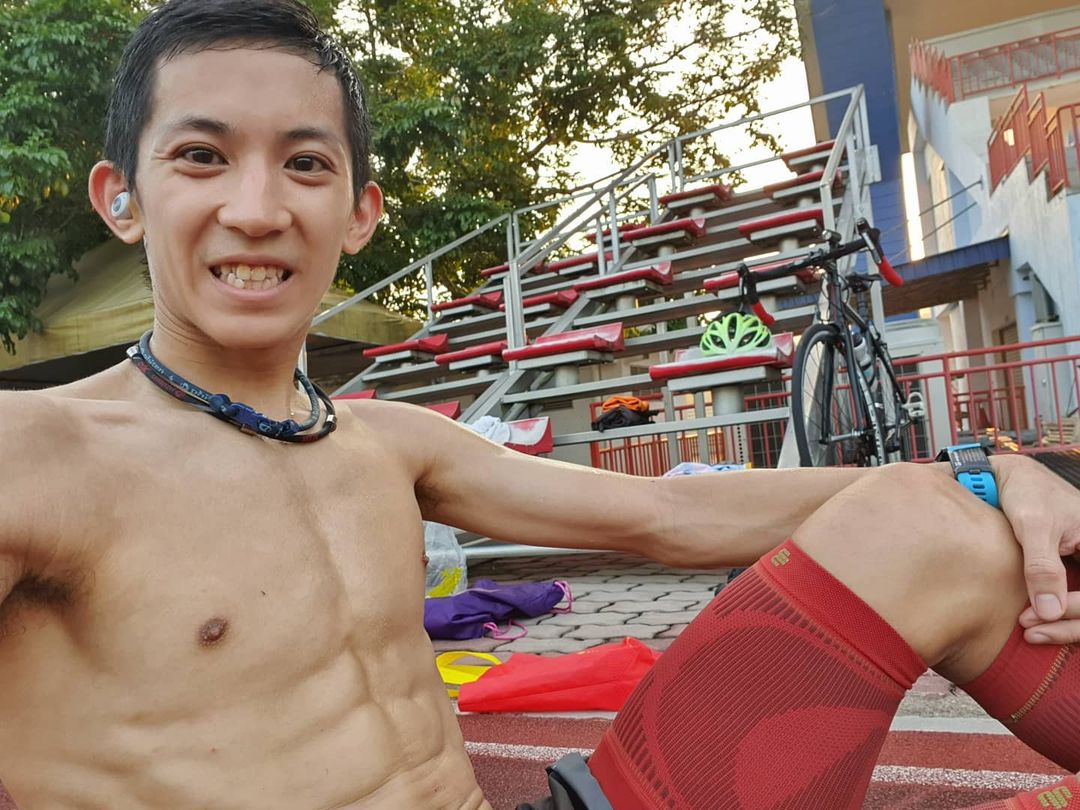 Not many people can accomplish a lot within a few years of discovering the sport. But Soh Wai Ching is an exception. Although he became interested in tower running only in 2017, his quick growth in the sport is possible because he trains like a beast.

His regular training includes running up 400 floors in a single exercise session and stepping on benches for 30 to 45 minutes non-stop. He eats a balanced diet which consists of about 70% carbohydrates, 30% protein and fibre.

He also develops his own training programme to continue to excel in the sport. If you happen to scroll down his Instagram, you would notice how regularly he trains and takes part in tower running, marathons, cycling and other physical activities.

8. He’s loved eating potatoes since he was a child 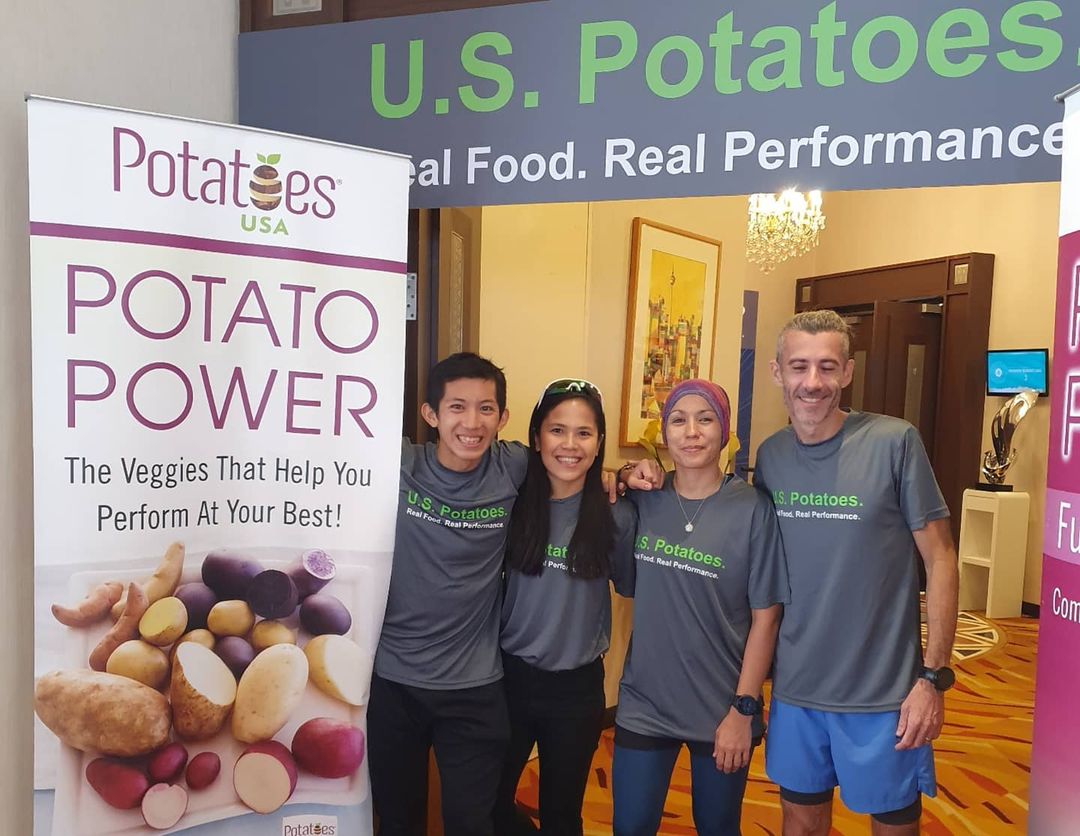 As hard as it is to believe, Soh once shared on his Instagram that he likes to eat potatoes because they are packed with nutrients that help fuel his performance.

For the uninitiated, aerobic sports such as tower running require a lot of energy, so consuming carbohydrates such as potatoes can be immensely beneficial to increase one’s performance level.

Potatoes, in particular, are made of complex carbohydrates that contain more nutrients than simple carbohydrates. While sharing his love for potatoes on social media, Soh also said that he particularly loves fries made from fresh US russet potatoes.

In fact, there are reports online saying that he ate various potato dishes when he was attempting the Guinness World Record in 2020.

9. He cycles and runs marathons apart from tower running 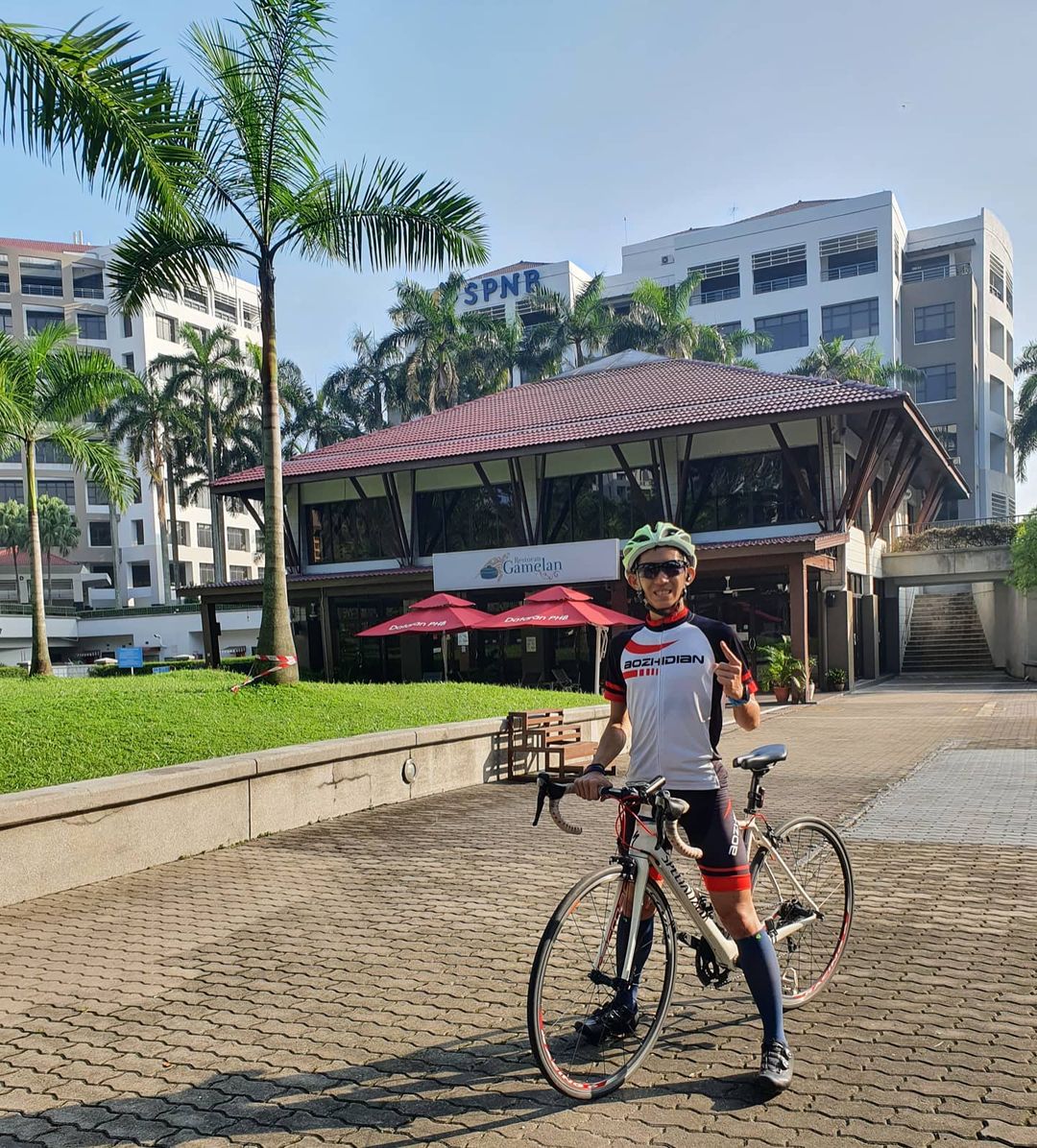 Those who follow Soh Wai Ching closely may be aware that he is a really active person who enjoys aerobic sports. Apart from tower running, he regularly takes part in aerobic sports such as marathon running and outdoor cycling to keep himself fit all the time.

He has won marathons such as the 10km Spartan Trail 2021 in Lebanon, and finished 3rd in the Expo 2020 Dubai Run. He enjoys cycling in Kuala Lumpur neighbourhoods such as Selayang and Kepong, as well as the greater Klang Valley.

Though he has been dethroned as the Guinness World Record holder for the Greatest Vertical Height Stair Climbing in One Hour, Soh Wai Ching is now aiming to conquer the world’s tallest tower in Dubai in his attempt to set another world record.

We hope his dreams to become the top tower runner in the world will soon be reality, and that Malaysia will start recognising tower running as a sport to carry on Soh’s incredible legacy for many years to come. 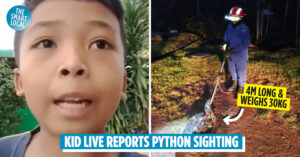 11-Year-Old Boy Goes Viral For Live Reporting Python Sighting, Amuses Netizens With His Reactions
Former Paralympian Selling Tissue Holders In KL Now Has A Shopee Account So We Can... 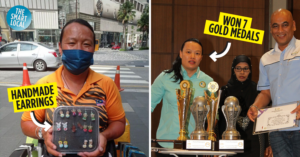