Malaysians are frequent road users, with vehicles often travelling at high speeds on highways. So it’s important that our roads are kept clean and clear of any hazards so we don’t risk getting into accidents.

Looking out for the safety of road users in KL is this traffic officer. He has been widely applauded online for collecting dirt with his bare hands to cover oil spills on the road, left behind by an accident.

The Traffic Investigation and Enforcement Department (JSPT) posted a short video on their official Facebook page on 21st February 2022. 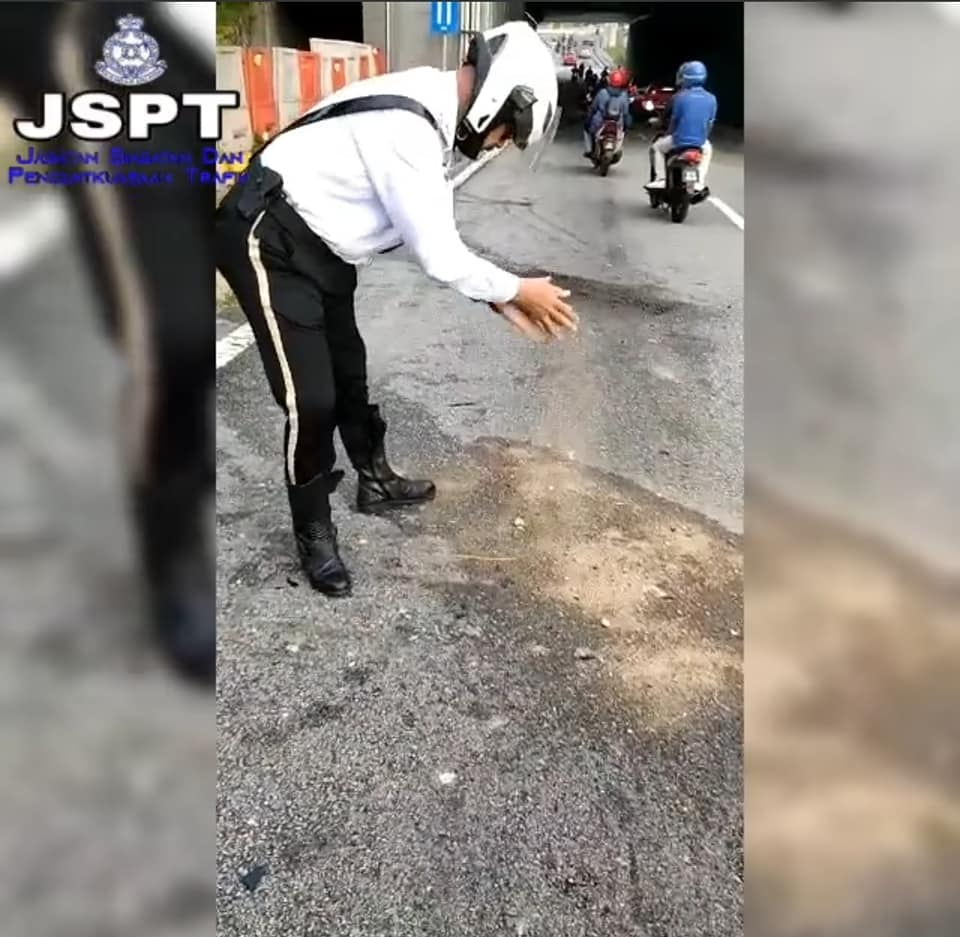 He could be seen gathering dirt from the side of the road with his bare hands to pour the dirt onto large oil spill patches on the main road.

To ensure the condition of the road would not be hazardous for road users, he had to walk back and forth and repeat the action several times until the oil spills were fully covered. 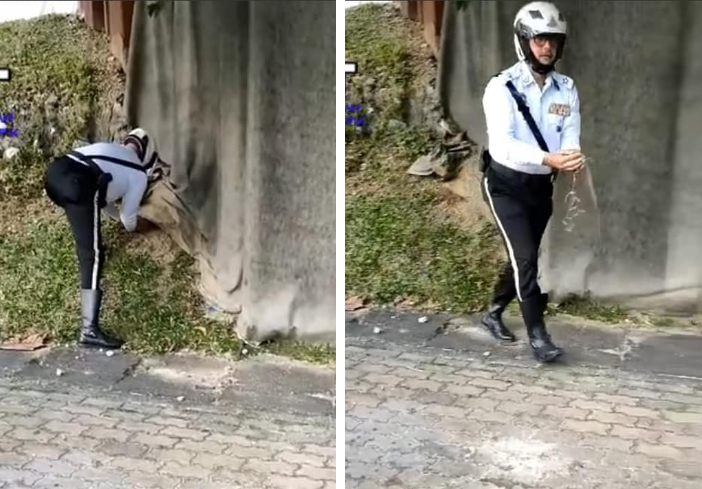 In a statement made by the chief of JSPT, Assistant Commissioner Sarifudin Bin Mohd Salleh, an accident involving three vehicles occurred at the area on 18th February. Though there were no serious injuries or fatalities reported, it resulted in oil spills from the vehicles onto the road. 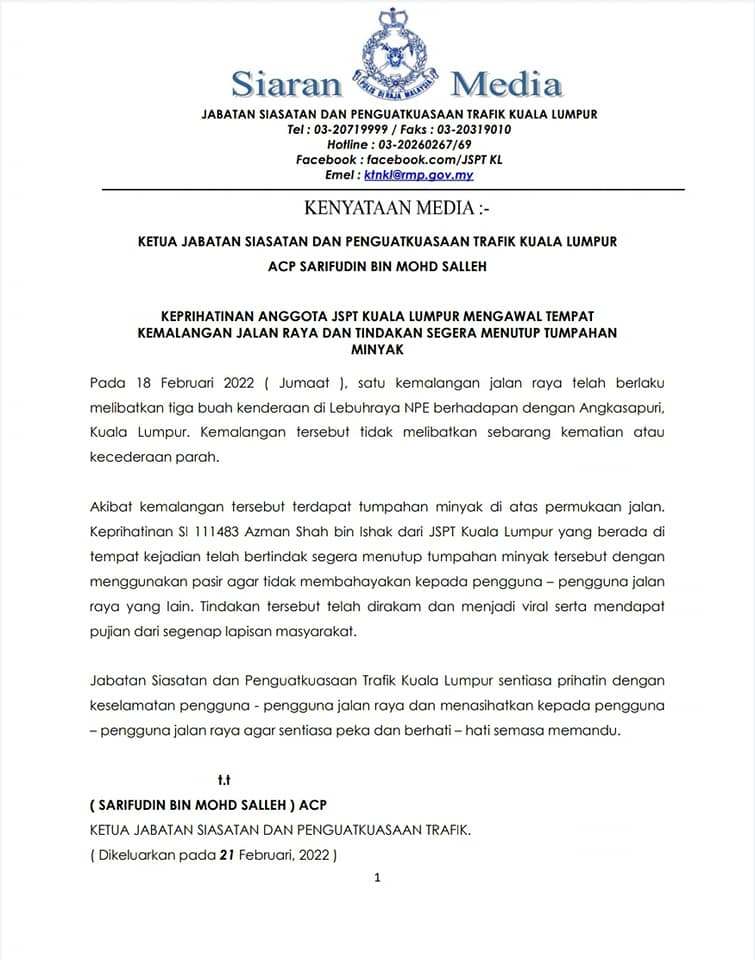 Officer Azman was praised for his quick thinking and actions, which prevented road users from facing a potentially dangerous situation. To end his statement, Assistant Commissioner Sarifudin Bin Mohd Salleh assured the public that JSPT are constantly looking out for the safety of road users, and reminded the public to always be aware and careful on the road.

The video of Azman has gained wide attention only, with nearly 800 likes and over 100 shares amassed on the Facebook post. Many also sang praises for traffic police Azman, such as netizen Hatimin Ttr, who commented, “How kind they are! They would give their all to ensure the safety of the rest of the road users. May their hard work and huge heart be rewarded. JSPT is truly the best”.

The backbone of the community

Oil spills on roads can cause serious harm to road users, who are at risk of losing control of their vehicles and skidding on roads. So we applaud this traffic police officer for thinking on his feet, and covering the oil spills at the accident scene in KL with dirt collected with his hands. Borneo Cultures Museum In Sarawak Opens To Public On 9th March, Here's What You Can See Inside
Workers On Gondola Swing Around KL Building Due To Strong Winds, No Injuries Were Reported 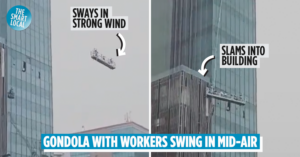