Fresh grads in Malaysia are paid RM2,378/month on average

Graduating from university comes with its perks. You no longer have to juggle assignments or cram for exams late into the night. But then comes job-hunting and trying to find job openings with a paycheck that can cover your bills, rent, transportation expenses, education loans, and daily meals.

According to a recent report by The Edge Malaysia, based on Department of Statistics Malaysia information, degree- and diploma-holding fresh graduates in Malaysia under the age of 24 who successfully clinched jobs are said to have earned an average of RM2,378/month in 2019. 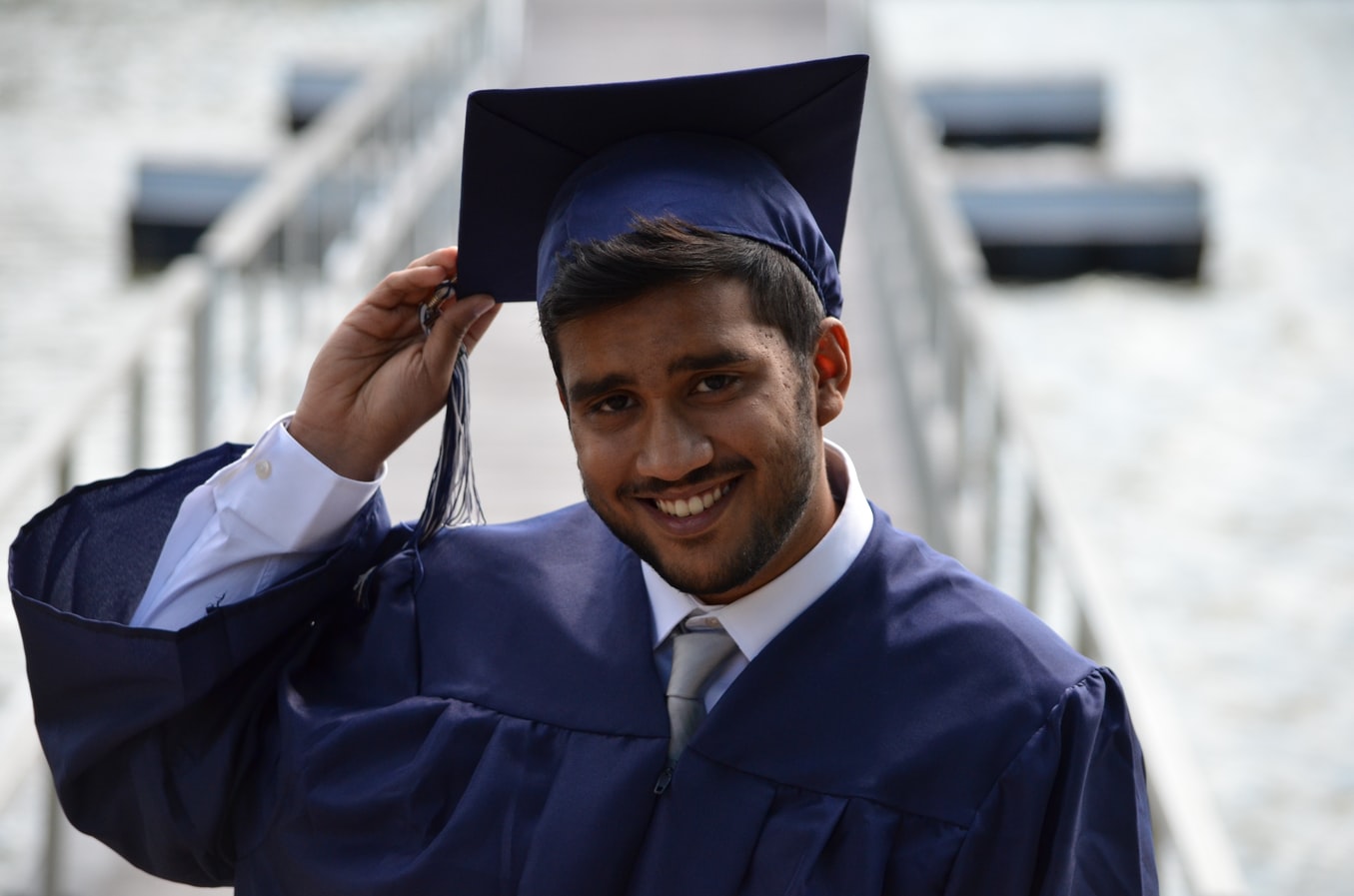 We’ve all seen it ourselves: childhood snacks and road side karipap are no longer worth the couple of sens they did when we millennials were kids. So while young adult Malaysians fresh out of university have to put up with rising living expenses, they’ve also been taking up low paying jobs or jobs unrelated to their field education to make ends meet.

To help put this into perspective, Bank Negara Malaysia estimated the living wage of a single adult living comfortably in KL to be RM2,700/month 4 years ago. This refers to those of us who can spend beyond the basic necessities of food, clothing, and shelter, often indulging in the occasional cafe-hopping excursion while also contributing to our Employees’ Provident Fund (EPF). Taking in the daily expenses of a person living in KL, RM2,378/month leaves little room for savings while also having to pay off education loans, rent, and bills. These 4.42 million working graduates included 2 million diploma holders and 2.42 million degree holders. Not included in this figure are 869,800 graduates outside the labour force, which include those seeking further studies, not seeking employment, or others with family responsibilities.

Also left out of the labour force are 170,300 unemployed graduates, of which a whopping 127,400 were actively looking for jobs and over 10,000 unemployed for more than a year. New Straits Times similarly reported in 2019 that only 1 of 5 fresh grads got employed after graduation. 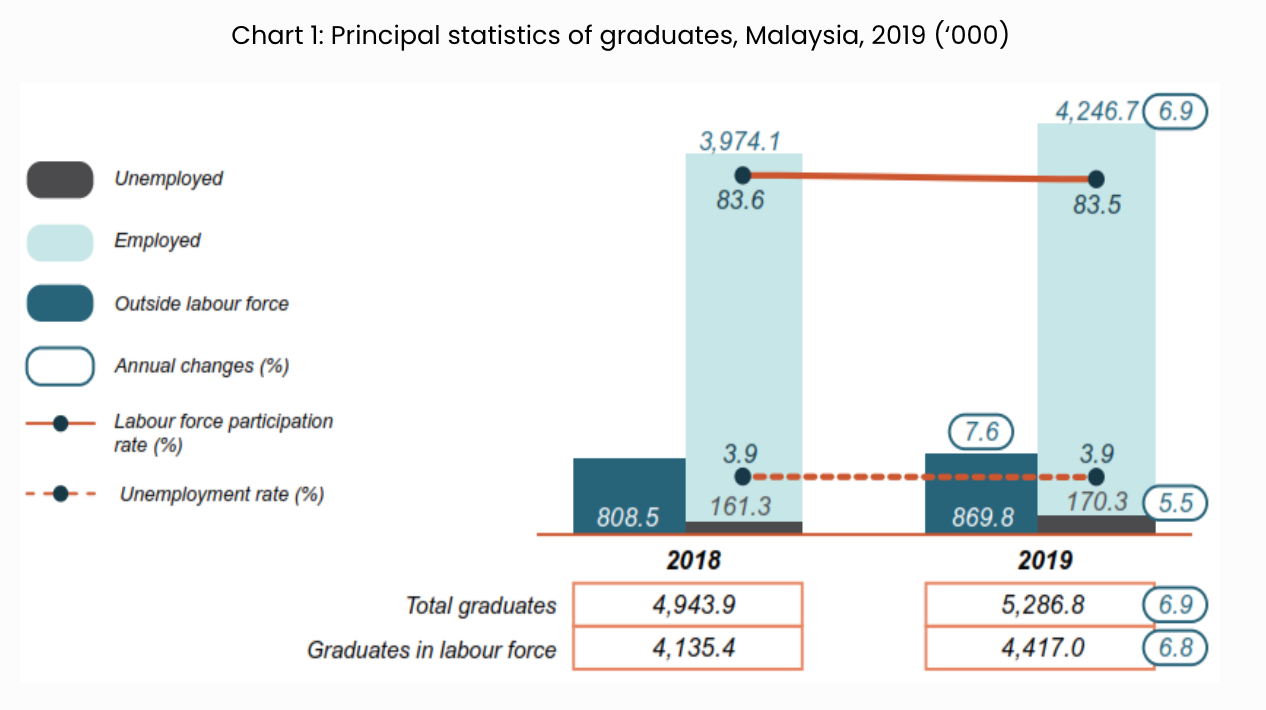 According to The Edge Malaysia, those who managed to get hired or keep their jobs in 2019 include 3.11 million graduates in skilled positions, such as managers and technicians, who earned an average of RM5,882/month. Another million were employed in semi-skilled jobs, including service and sales, that paid RM2,511/month on average.

Outside of the above figures, 47,900 graduates were employed in low-skilled positions such as retail salespersons or kitchen assistants, earning an average of RM1,804/month. This is slightly higher than Malaysia’s minimum wage of RM1,200, and below the average starting salary of RM2,378/month for fresh grads in 2019.

The Edge Malaysia noted that this means that a quarter of graduates have mismatched skills for their jobs – and may be over- or under-qualified.

No doubt, fresh grads looking for jobs have probably heard stories of employers complaining about “unrealistic demands” of fresh grads asking for wages between RM2,400-RM3,000 a month.

But with youths’ concerns of low wages coupled with the increasing cost of living in Malaysia and the COVID-19 pandemic, we hope that more companies will take a chance on fresh graduates and consider their financial concerns. Kota Kinabalu Party Boat For Rent Lets You Slide Into The Ocean & Lie On A Hammock With Your Besties
Estonian Tourist Walks 2,408KM Around Peninsular Malaysia, Shares Handy Tips From His Adventure