Stray animals have always been a topic of hot debate among Malaysians, especially whether their existence affects people negatively. While there are those who don’t love these animals, several news articles involving friendly, kind-hearted policemen and stray animals have been gathering a lot of attention on social media lately. Case in point: This viral video showcasing the kindness of a local policeman who fed a stray dog who was loitering on the road on a rainy night.

Kind deed from a policeman 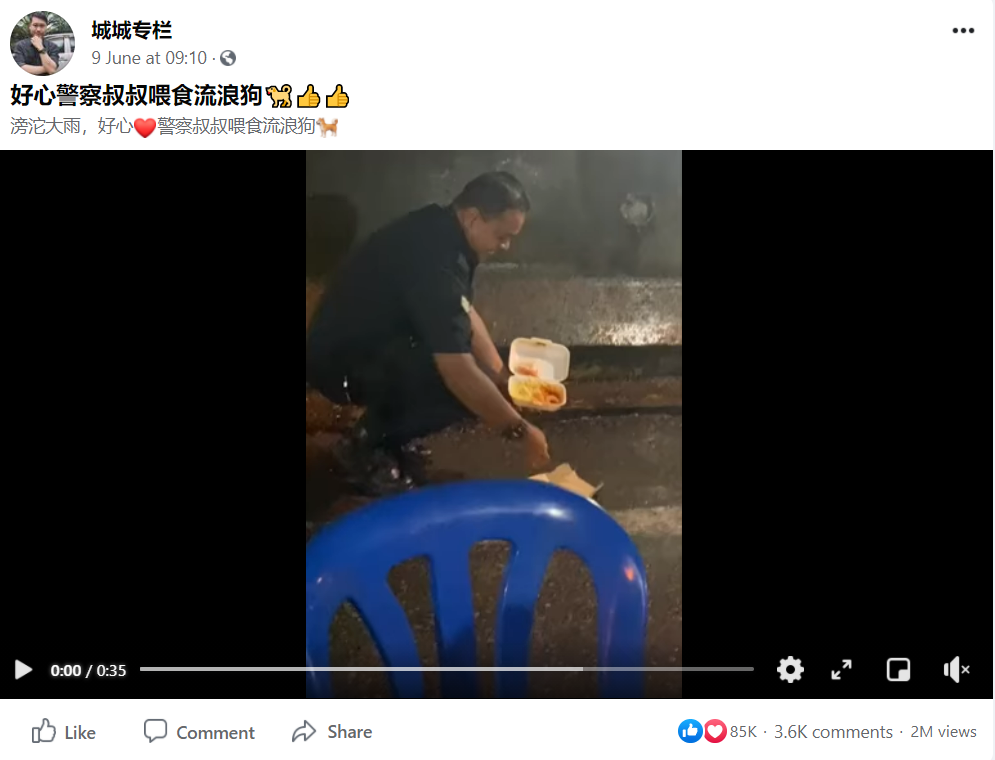 Originally posted by the Facebook page 城城专栏, which translates to Seng’s Seng’s Column, on 9th June 2021, the 35 second-long video shows a Malaysian policeman putting some food on the floor, trying to feed a stray dog which was loitering around in the rain.

The incident appears to have taken place at a police roadblock, as a tent, chair,  fan and motorbike can be seen in the video. Voices of some women can also be heard in the background, although it is not exactly clear what they were saying.

6 seconds into the video, a black stray dog can be seen waiting outside the tent in the rain, looking on rather curiously as the policeman unpacks the food onto a piece of paper. Then, slowly, it approaches the food and starts eating it as the man walks away.

The heart-warming video now has over 2 million views, 85,000 reactions and a lot of positive feedback from Malaysians. 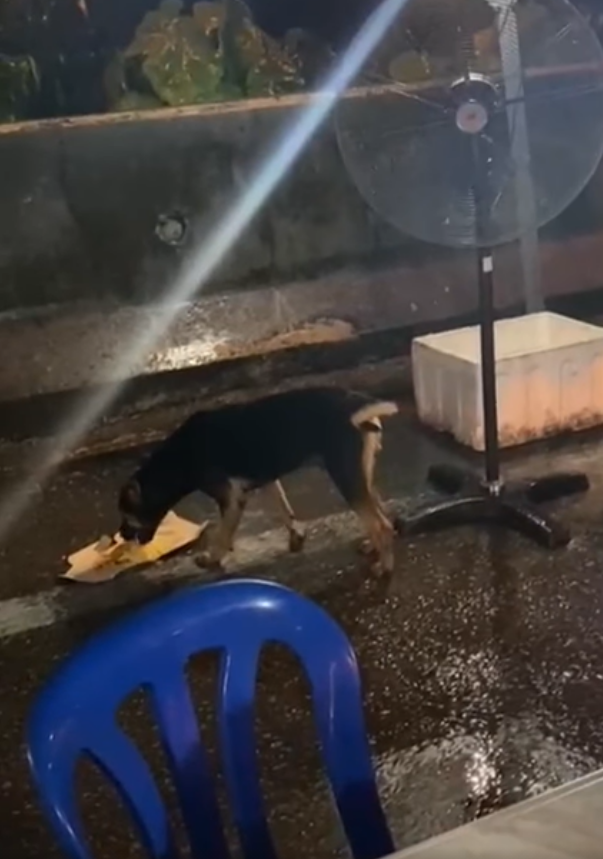 Since the video was posted, it has racked up over 3,600 comments, most of which are from Malaysians who thanked and praised the police officer for feeding the stray dog. Many were happy and grateful that the policeman chose to act kindly towards the poor animal.

Meanwhile, another user named Marini Rahman Sokolowski also thanked the officer and said that all Malaysians will have a good life if they can treat strays as kindly as this police officer.

It is really encouraging to see that Malaysians, regardless of their racial or religious backgrounds, love and care for stray dogs. We hope that more people will be motivated by this video to be kinder to stray animals out there, as they have to brave the weather every day, like this kind-hearted policeman who took the time out to feed this dog on a rainy night. 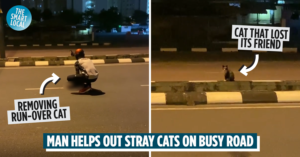 Man Moves Cat's Body From Road Out Of Compassion & Helps Its Cat Friend Say Goodbye To It
Interstate Travel & Social Activities May Resume In November As Part Of Govt’s National Recovery... 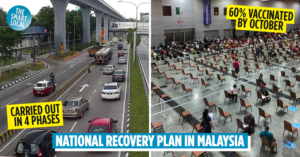