We all probably have tales to tell of mischief from our youth. This is why teachers are one of our unsung heroes, as they have to come up with creative ways to keep our attention while also trying to educate us so we can have bright futures ahead of us. Showing just how creative they can be, a teacher in Sarawak crafted a DIY “swimming pool” out of plastic bags to teach his young students poolside safety. He came up with the creative lesson overnight because his students have never been in a swimming pool before.

Muhammad Nazmi shared his lesson plan for his class of Year 3 students involving the DIY swimming pool on Facebook on 17th October 2020. According to the post, the lesson was part of a Danger Room Series that he came up with, which aims to arm students from villages with valuable life lessons that aren’t typically taught in classrooms.

For this edition titled “Can We Swim Yet?”, Nazmi wanted to introduce his students to swimming pools and educate them on what you should do in and around them. 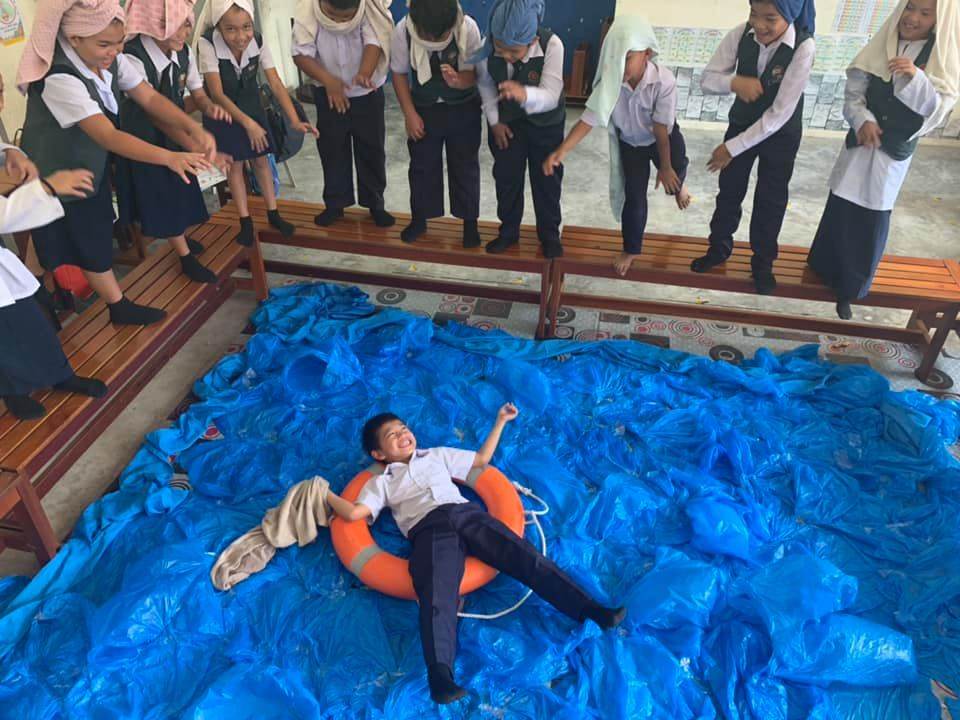 While CMCO and RMCO have put a pause on all school outings – which many of us might recall as being the highlight of our school years when we were younger – this didn’t deter Nazmi from bringing the pool to his students.

Using 200 blue plastic bags that typically hold our sampah, Nazmi made a DIY “pool”. His students could be seen having a ball in and around the makeshift “pool”. Some of them even had their hair wrapped in a towel as if they were at the real deal.

Nazmi also joined in the fun by pulling on beach shorts over his slacks. As part of the lesson plan to reiterate the importance of the rules to keep to while in and around the swimming pool, he pretended to be drowning in the “pool” because he didn’t follow them. 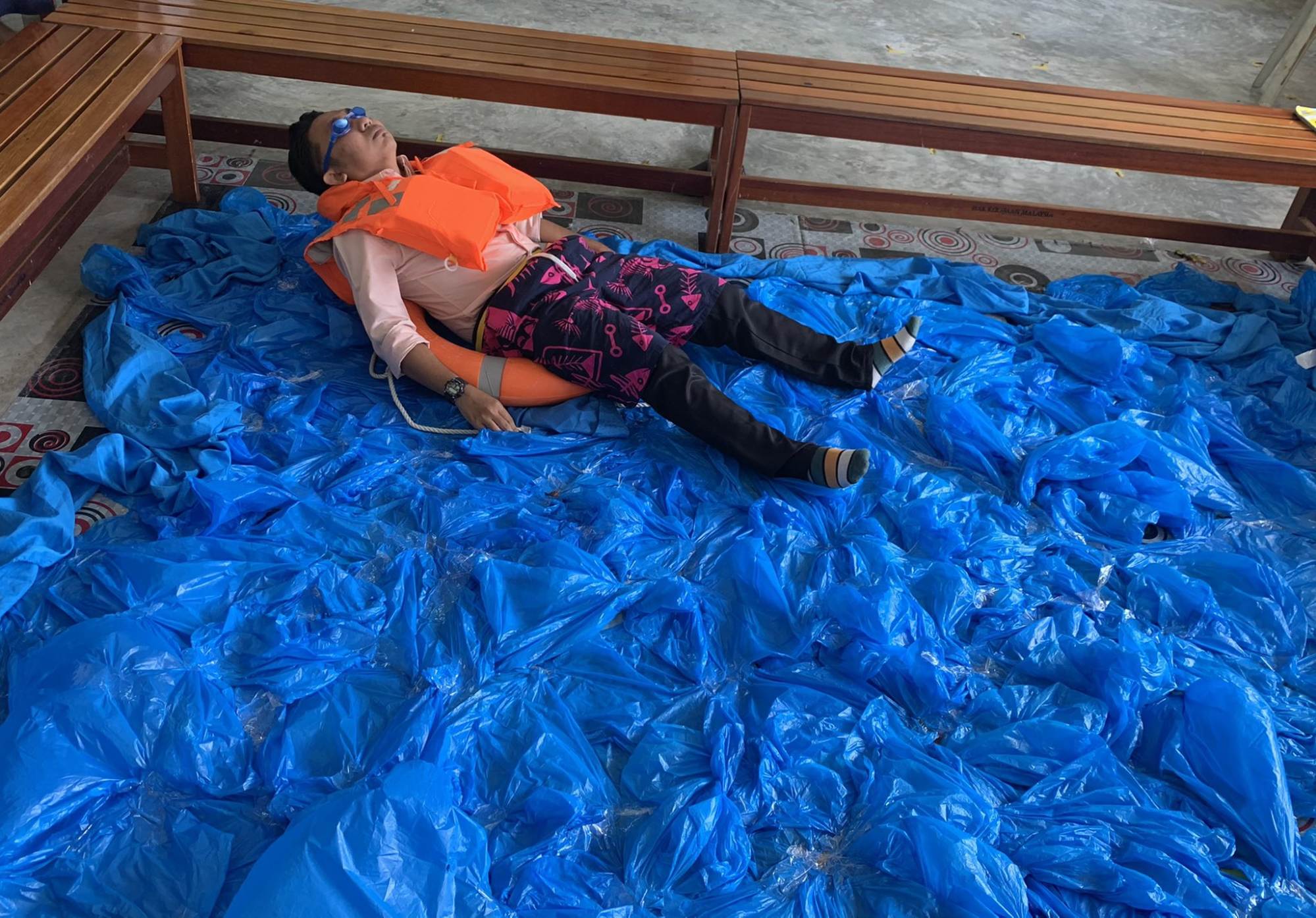 Nazmi also made his students come up with posters depicting the rules that they should follow while at a pool. This included wearing proper attire and not running and jumping, and other creative ones such as not leaving banana peels behind. 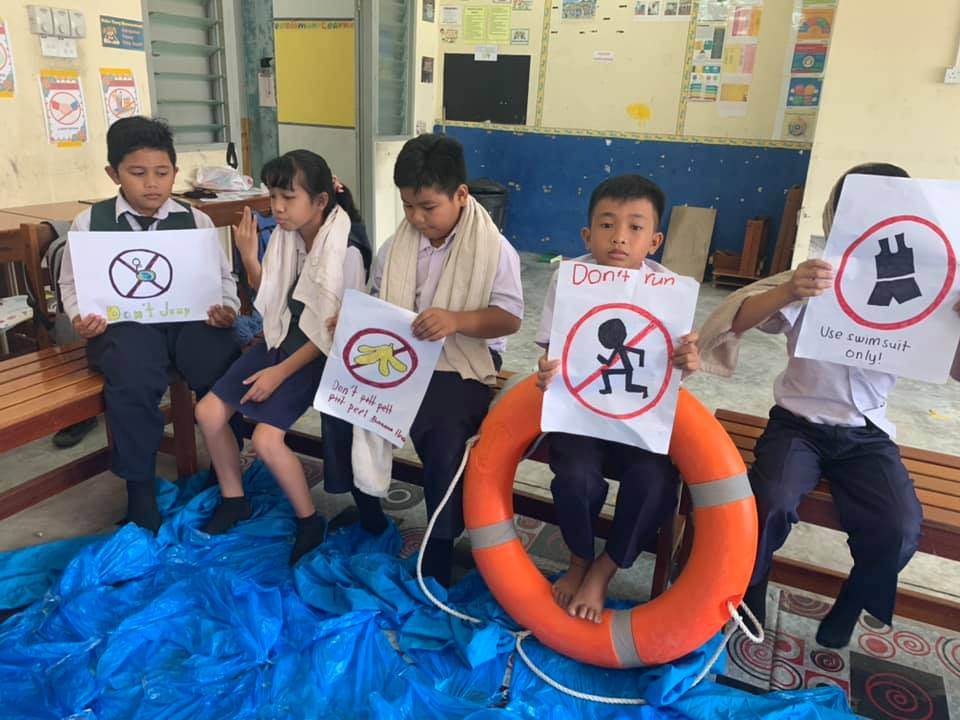 In another Facebook post dated 19th October, Nazmi shared that he had made the swimming pool with the materials he had on hand. As his school is located in a village in a rural part of Sarawak, getting materials at such short notice would have been difficult for him.

He considered using other blue items around him, such as clothes, canvas, and paper to create the swimming pool. But he settled for the plastic bags which he had stored away, likely because they were the most practical choice of all. He was also determined to set it all up because his students had not been to a swimming pool before, and spent an entire night taping the bags together. 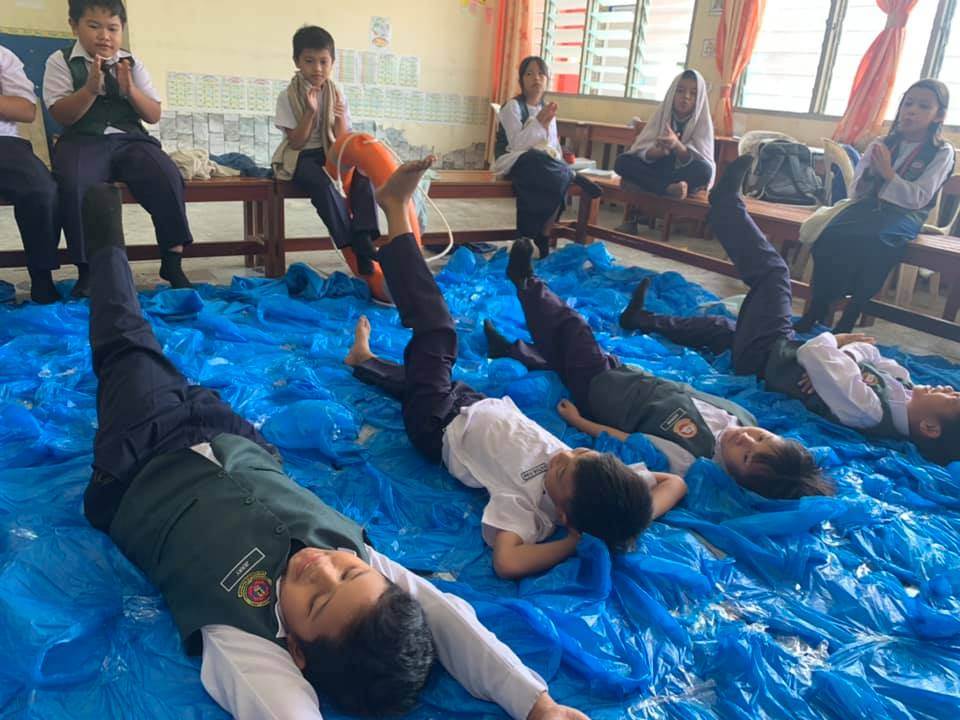 While Nazmi’s intentions were good, there were netizens who have been voicing their concerns over the bulk use of plastic bags. To that, Nazmi apologised if his actions may have come off as wasteful in the same Facebook post. He also assured everyone that he would be reusing all the plastic bags that weren’t damaged.

Many other netizens have come out to cheer on Nazmi’s efforts to keep his lesson plans entertaining and informative at this time. This included netizen Roland Robert, who commented, “Extraordinary. Super talented. God bless you and the kids, bro. Those kiddos will remember you until their last breath. Keep on inspiring.”

Some have also reached out to say that while they do think that he used a lot of plastic bags, they acknowledged his limited resources and offered other lesson plans to help combat the use of plastic bags in his last one.

Coming up with a helpful suggestion, Raguna Arumugam commented, “Teacher, I am very sure you know what to do with whatever materials that you use to develop your teaching aids, as you are a responsible individual. You are doing your best for your pupils with limited resources. Worry not. Just conduct a lesson on ‘caring for our earth’ using all those plastic bags from the ‘pool’ by getting your pupils to help you ‘clean up the pool’.” 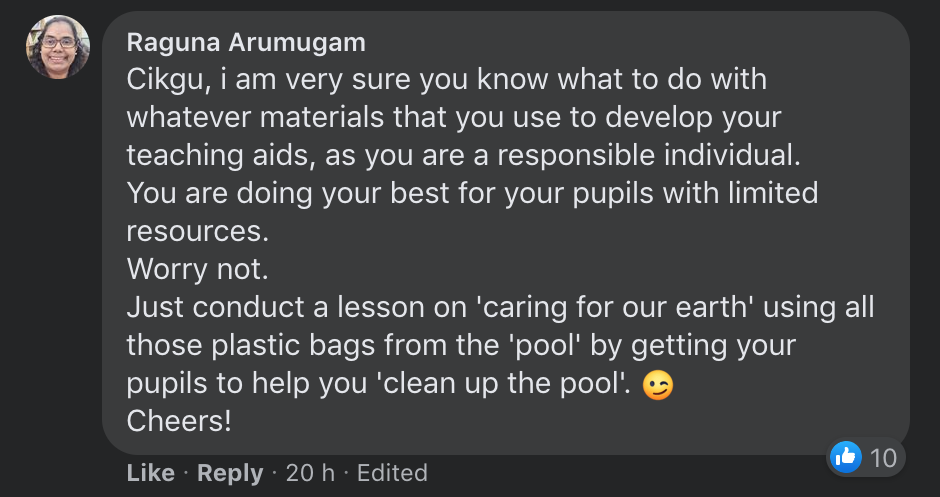 No doubt, it’s been trying times for teachers trying to keep their students focused on education, be it in person or online, while we’re weathering out a pandemic. So we applaud Cikgu Nazmi for continuing to keep things fun for his students by making a DIY pool for them. We also tip our hats to the Malaysians who have raised their concerns over the use of plastic bags by reaching out with helpful suggestions and comments. 14 Haunted Places In Malaysia & The Horrors You'll Experience When You Visit Them
M'sian Student Shares How He Started A Streetwear Brand While In College, Netizens Inspired By... 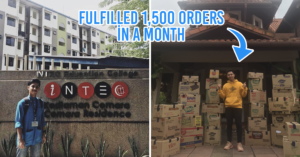