Amid all the chaos, a funny video of a family of wild boars trying to cross an EMCO roadblock has caught the attention of Malaysians.

On 11th July 2021, Facebook user Nazuan Nawi posted a 51-second video of a family of wild boars trying to cross an EMCO roadblock. Though the exact location of the video is not known, it can be seen in the video that the curious animals are trying to get past the roadblock but eventually run backwards as the officers shooed them away.

Two adult wild boars with their six babies can be seen walking towards the roadblock hoping to get to the other side. They made several pauses along their way knowing that there are humans guarding the roadblock. Then, the man behind the camera, presumably an officer on duty, then tells his colleague that the animals are trying to cross. As they approached closer, the officers started saying, “Hey, it’s EMCO, you can’t enter. Go back!”

Unexpectedly, the wild boars then started running away from the roadblock causing the officers to laugh out loudly. As the pigs start running away, the officers jokingly said, “It’s EMCO, so you should be staying at home instead of wandering outside.”

The short video has since gone viral and certainly made a lot of Malaysians laugh. The video now has over 15,000 shares, 8700 reactions and 3700 comments. Many found the video entertaining and commented that it’s made their day.

It is indeed amusing to watch the viral video of the wild boars trying to cross the roadblock, especially at a time when many of us are stressed out by the Covid-19 pandemic. We hope more entertaining videos like this will continue to be posted by netizens to make us all laugh a little bit every now and then.

*Note: The Smart Local Malaysia has reached out to Nazuan Nawi for additional comments on his viral video. We will update this piece later if he gets back to us. 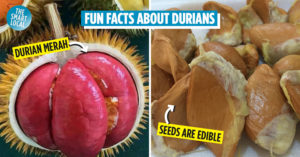 10 Durian Facts You Should Know To Call Yourself A Connoisseur Of The King Of Fruits
Fashion Brand Neng Kho Razali Turns Used GrabFood Delivery Bags Into School Bags, Giving Them... 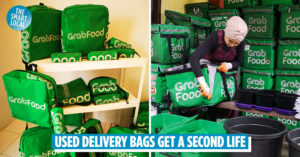