Most of us tend to leave hearty breakfast affairs for the weekends, as we’re often rushing to get to work on weekdays. If you’re on the hunt for a new dim sum spot in Penang to get you excited for breakfast staples of egg tarts and siew mai on your day off, drop by Bao Teck Tea House.

The elaborately-decorated tea house on Lebuh Melayu opened their doors in July 2020. Find an indoor moss garden and antique furniture to remind you of Penang’s well-known history museum, Peranakan Mansion – except you’ll get to dine on dim sum selections of pau to dumplings while taking in the restaurant’s lavish decor of the yesteryear.

Moss garden and lavish furnishings in a heritage house 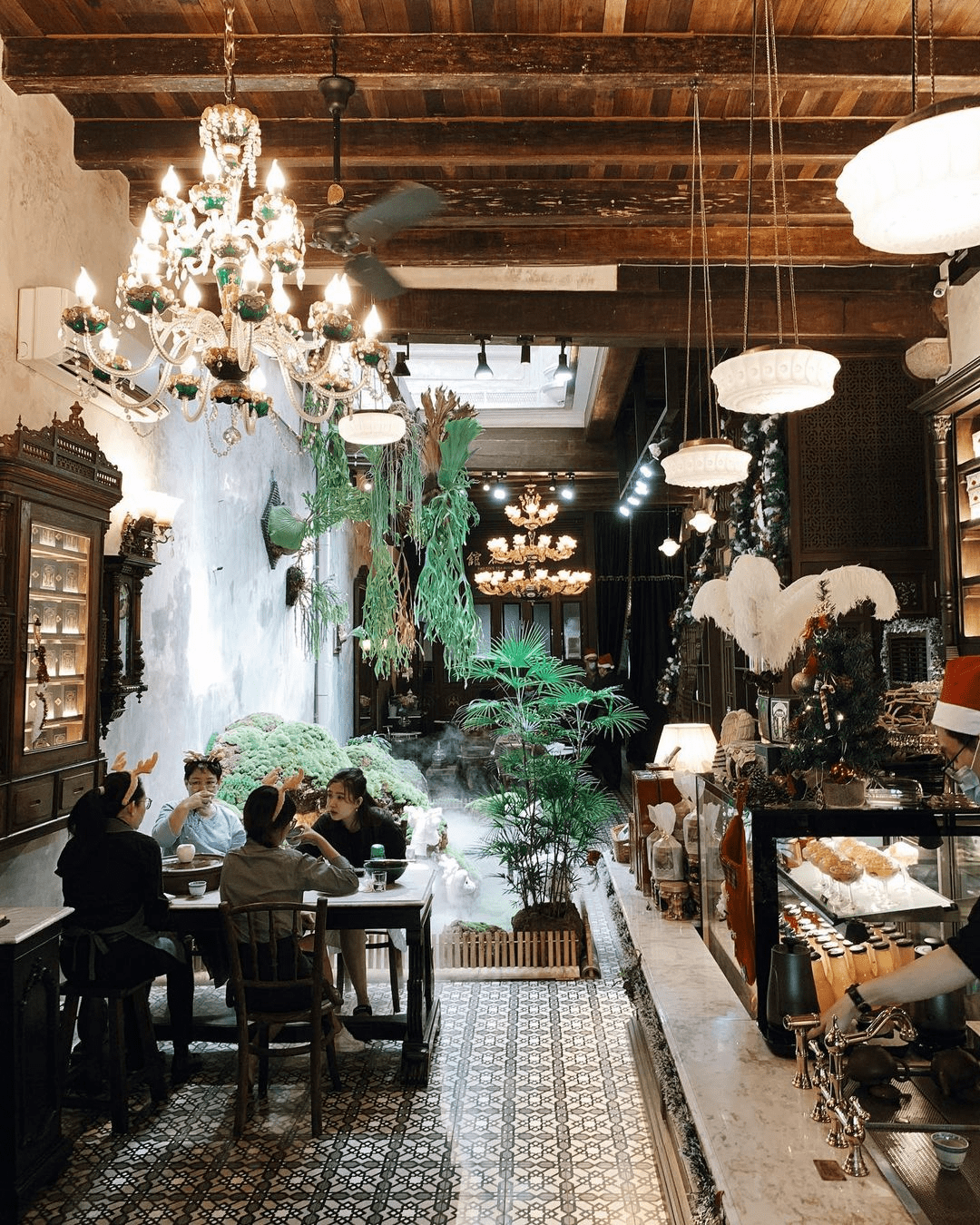 Many of us make a trip out to heritage towns such as George Town and Melaka for a taste of the old and cafes with vintage decors. Bao Teck Tea House does not disappoint here, as they are located in a heritage building that’ll make you feel as if you stepped into a lavish Peranakan house of the 1920s.

From the front of the house, with its old Chinese wooden doors and windows, to the dining space that boasts old-fashioned tile floors and marble and teak furniture – everything is tastefully decorated for an authentic nostalgic vibe. 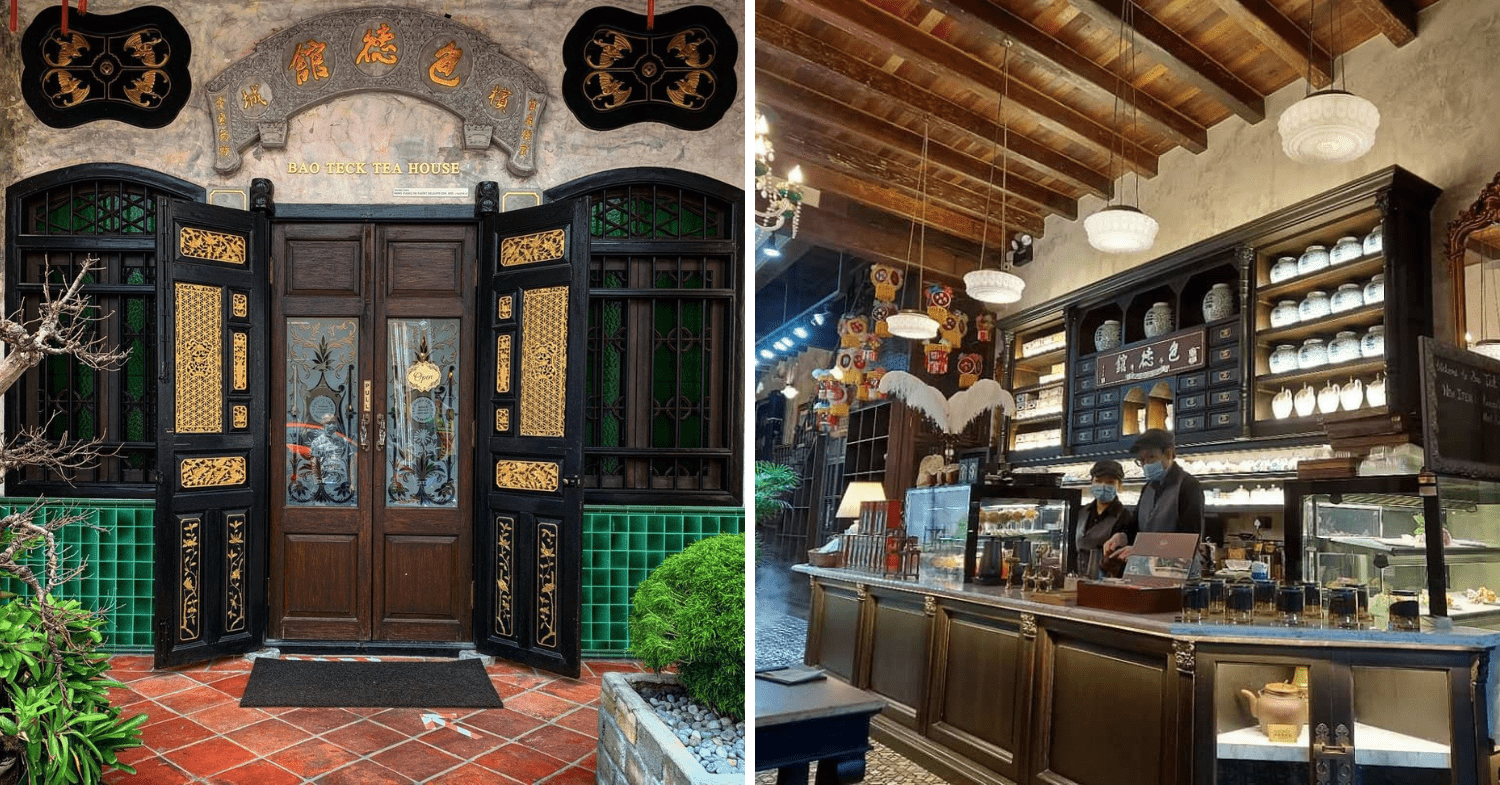 As they are a tea house that specialises in fragrant Chinese teas, there’s even an indoor moss garden inspired by serene Chinese gardens to take in while you gorge on food and tea for a zen affair. The feature even emits mist, which makes for some pretty epic food photos.

But it’s not all just vintage-looking Chinese furniture and fixtures, and gardens from the past here. Walk up to the 2nd floor of this dim sum parlour and you’ll see another dining area with lavish French-inspired decor, including prints of famous European art in golden frames, and velvet seats and curtains. 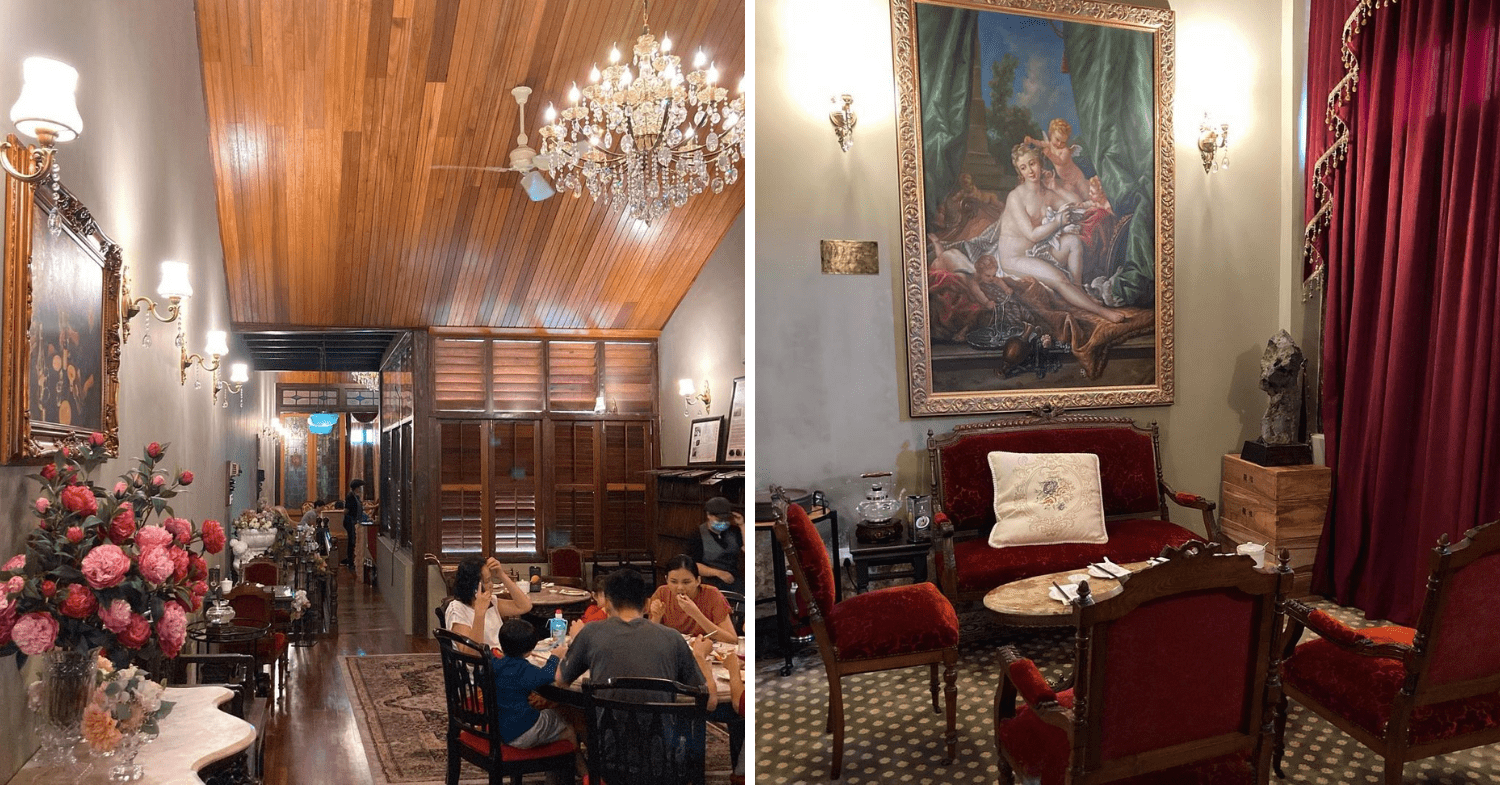 While you won’t see the food carts being wheeled past dining tables that you can stop to snag down all your favourite dim sum choices – a common feature in old-school dim sum restaurants – you can expect to see dim sum served in typical bamboo steamers for a classic dim sum fare.

There are also high tea sets available if you prefer to not order a la carte dishes. 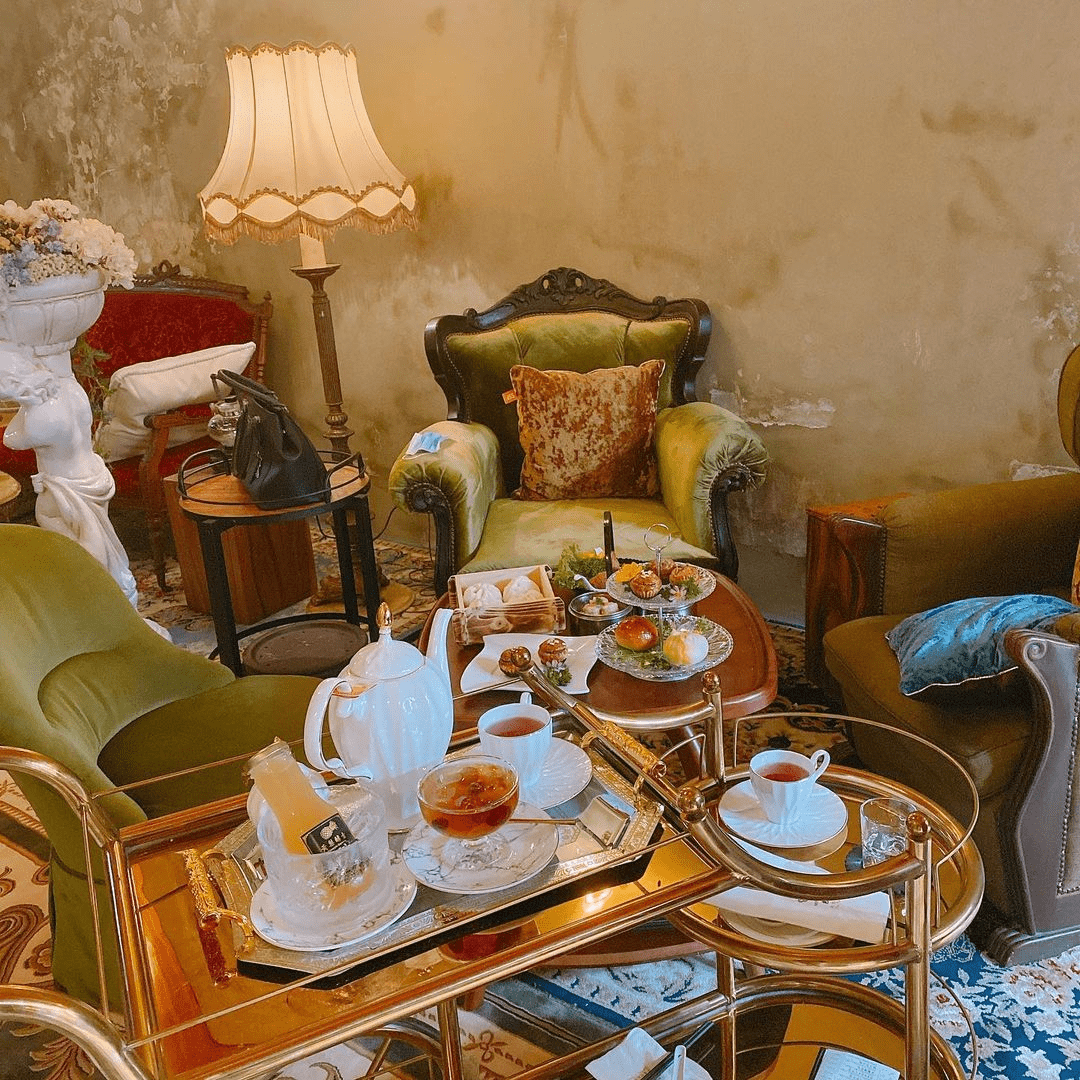 Feast on dim sum and sip on premium Chinese teas 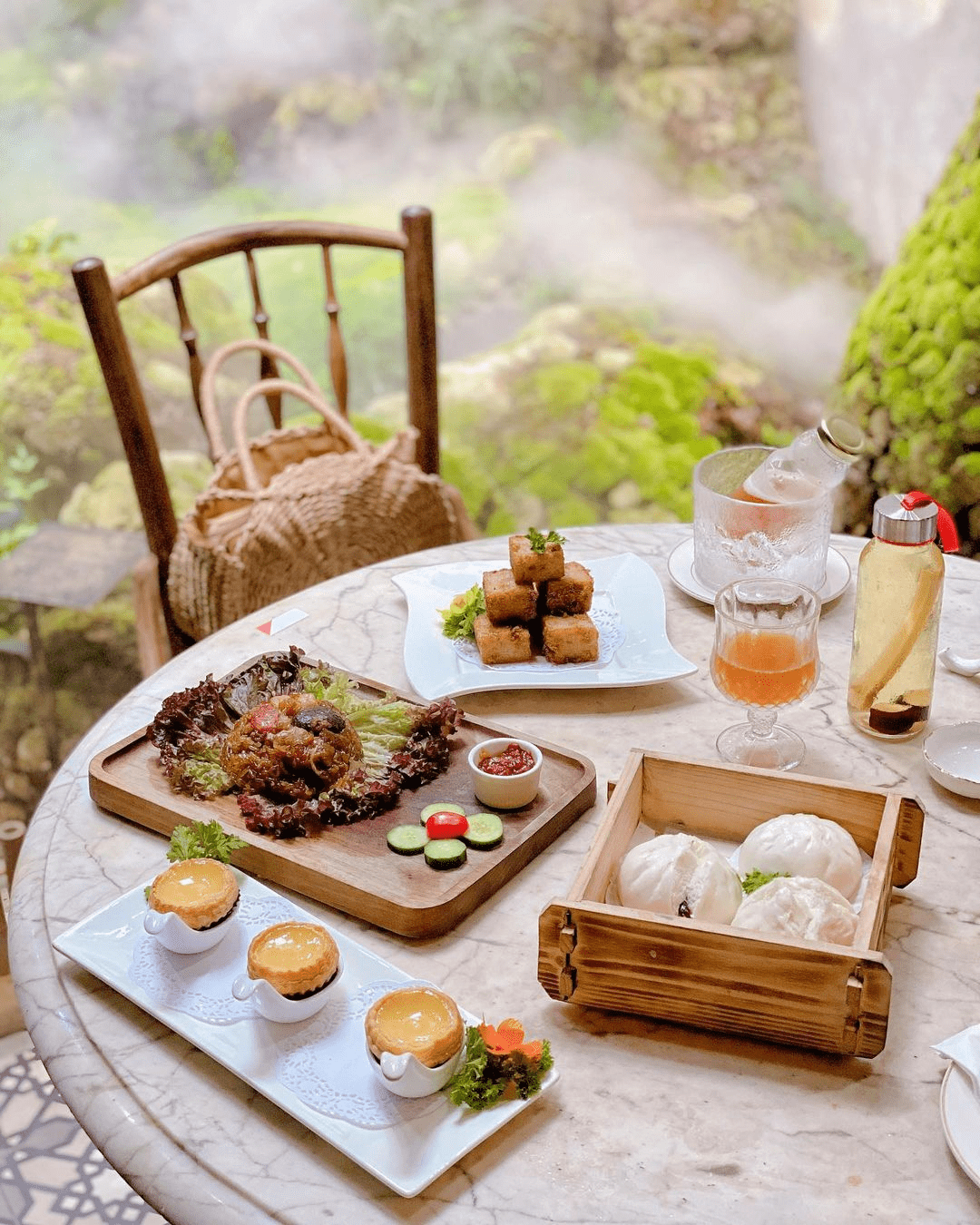 Start your meal here by choosing your preferred tea. There are 9 Chinese teas (from RM36/pot), such as Lu Bao Tea, Oolong Tea, and White Tea, to choose from. Or opt for English tea (RM38/pot) options of Earl Grey or Rooibos, or bring your own tea, which they’ll also brew for you at a fee of RM5/pax. 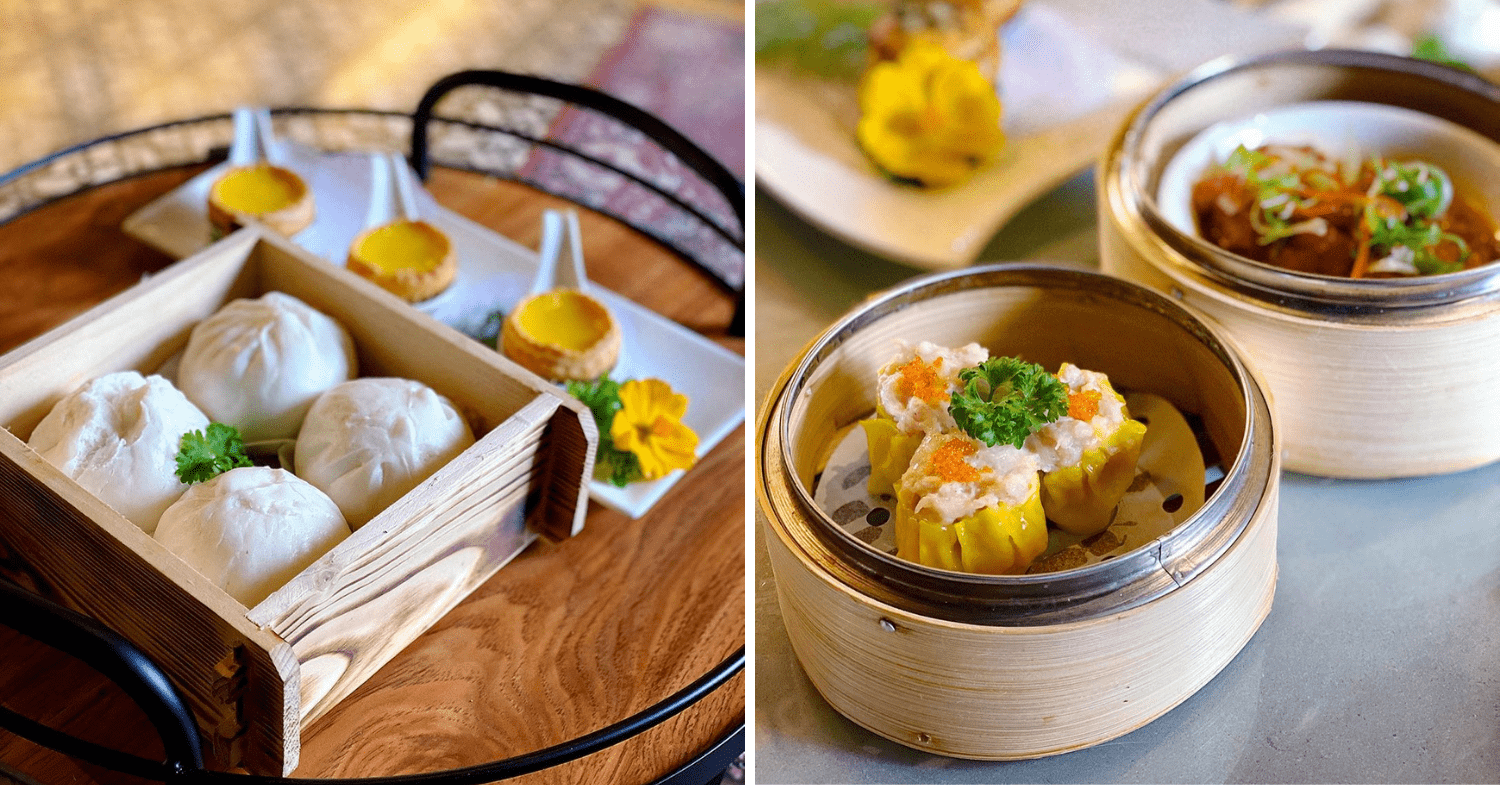 Swing by between 2PM and 5PM if you want try their high tea (RM34/pax) set. It comes with 5 savoury and dessert dishes, such as their Ko Cha Siew Pao, Signature Egg Tart, and Mystery Garden, which is a dessert dish of sour plum jelly with fresh fruit. The set even comes with a pot of tea too. 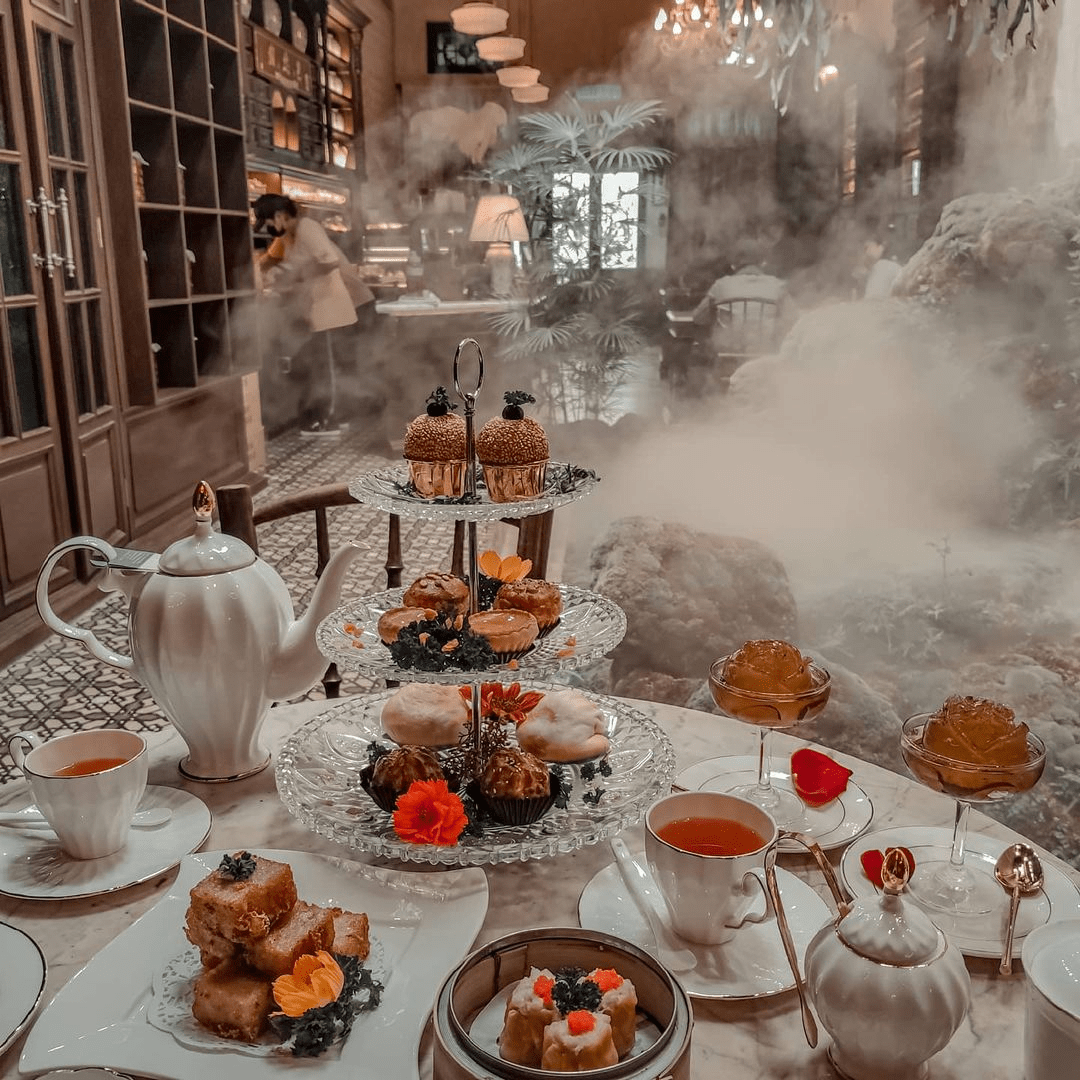 Dim sum is a common breakfast staple among the Chinese community in Malaysia, and you’ll see it served in many places, from street food stalls to eateries to restaurants. But if you’re looking for a place to amp up your dining experience with lavish furniture set inside a heritage building, drop by Bao Teck Tea House.

More spots to check out: 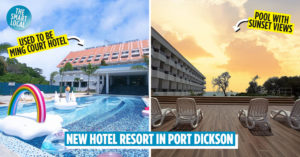 Pacific Regency Beach Resort: 10 Minutes From Teluk Kemang Beach In PD, With Rooms From RM268/Night
Man Shares How Mudah.my Scammer Claimed To Transfer Him An Extra RM950 For A Purchase,... 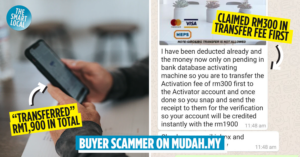